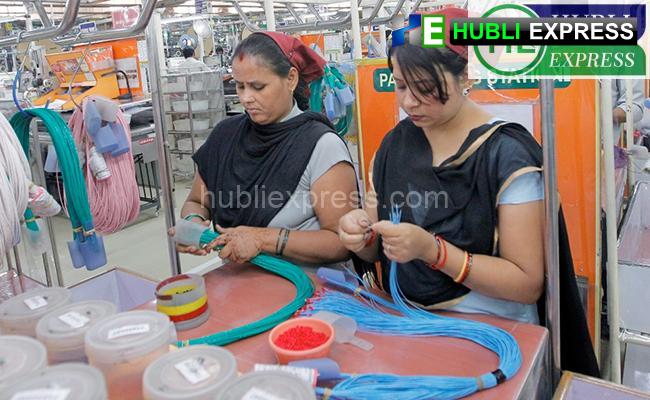 The report estimates that India’s manufacturing share of GDP will rise to 21 per cent by 2031.

India has the conditions in place for an economic boom fuelled by investments in manufacturing, the energy transition, and the country’s advanced digital infrastructure and these drivers will make it the world’s third-largest economy and stock market before the end of this decade ending 2030, said global investment bank Morgan Stanley in a report.

The report titled ‘Why This Is India’s Decade’ looked at the trends and policies shaping the future of India’s economy.

“As a consequence, India is gaining power in the world economy, and in our opinion, these idiosyncratic changes imply a once-in-a-generation shift and an opportunity for investors and companies,” it said.

The four global trends — demographics, digitalization, decarbonization and deglobalization are favouring what it termed as New India. It said India would drive a fifth of global growth through the end of this decade.

How will growth affect consumption:

The number of households earning in excess of $35,000/year is likely to rise fivefold in the coming decade, to over 25 million.

The implications of the rising household earnings are GDP likely to more than double to $7.5 trillion by 2031, a discretionary consumption boom, and an 11 per cent annual compounding of market capitalization to $10 trillion in the coming decade.

The number of global in-house captive centers that opened in India over the last two years was almost double that of the prior four years.

During the two pandemic years, the number of people employed in this industry in India rose from 4.3 million to 5.1 million, and the country’s share of global services trade rose 60 basis points to 4.3 per cent, it said.

In the coming decade, the number of people employed in India for jobs outside the country is likely to at least double to over 11 million, and the report estimates global spending on outsourcing could rise from $180 billion per year to around $500 billion by 2030.

This, the report said, will have significant effects on both commercial and residential real estate demand.

Aadhaar system and its multiplier effects

Talking about the success of India’s Aadhaar system, the report said it is the foundational ID for all Indians, designed to process high volumes at low cost with small-value transactions.

“After a hesitant start and several challenges, including legal ones, Aadhaar and IndiaStack have become ubiquitous. With 1.3 billion people carrying a digital ID, financial transactions have become easy and cheap. Aadhaar has enabled the direct payment of social benefits with efficiency and no leakage.”

Further, the report estimates that India’s manufacturing share of GDP will rise to 21 per cent by 2031, implying an incremental  $1 trillion manufacturing opportunity.

India’s global export market share is expected to more than double at 4.5 per cent by 2031, providing an incremental $1.2 trillion export opportunity.

Following are some of the other key points from the Morgan Stanley report:

Internet users in India to increase from 650 million to 960 million while online shoppers will grow from 250 million to 700 million over the next 10 years.

Around 25 per cent of incremental global car sales over 2021-2030 will be from India and expect 30 per cent of 2030 passenger vehicle sales to be electric-run.

India should hit a “major inflection point” for the next residential property boom in 2030 – a confluence of high per-capita income, a mid-30s median age, and higher urbanization.

Healthcare penetration in India can rise from 30-40 per cent now to 60-70 per cent; implying 400 million new entrants to the formal healthcare system.

Over  $700 billion in energy investments are expected over the next decade as India accelerates its energy transition.