HomeStateIn less than an hour, Ballari police solve a robbery case and...

In less than an hour, Ballari police solve a robbery case and recover Rs 41 lakh stolen by the robbers. 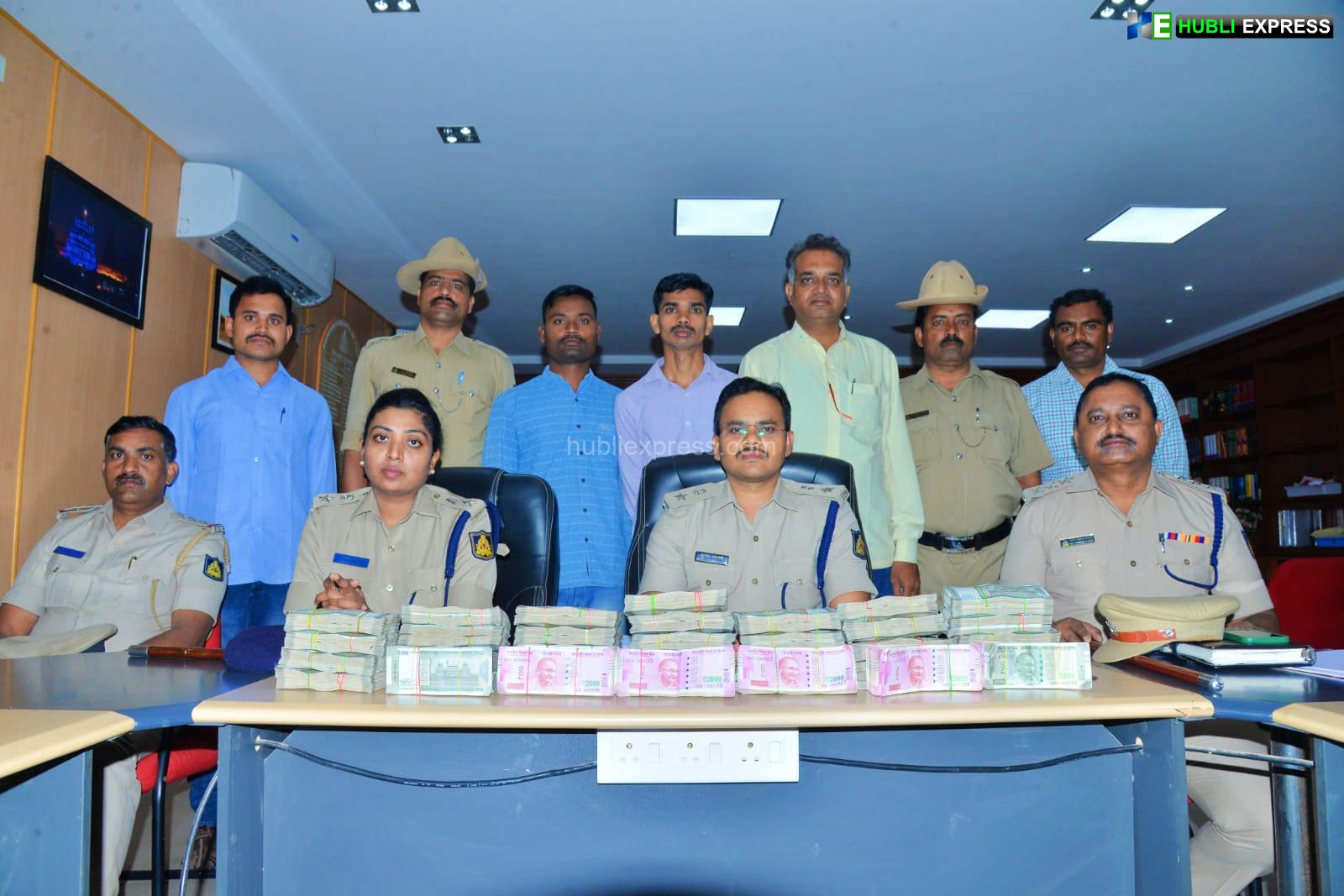 The Ballari police solved a robbery case that was reported to them this morning within an hour of it being reported. They apprehended four suspects and recovered Rs 41 lakh, which was reportedly stolen from the victim.

When Mehboob Pasha VK, who had been robbed of money, reported the robbery to the police, the Brucepet police swung into action right away.

According to the police, Mehaboob Pash, a worker at a jewelry store, was on his way to the station carrying a bag holding Rs. 41 lakh in cash. He was supposed to take a bus to Bengaluru to buy gold. However, his vehicle was intercepted by the four miscreants in the city’s Moti Circle. The robbers allegedly threatened Mehaboob Pasha with a knife. According to the police, they fled the crime scene on two motorcycles after stealing the cash-filled bag.

Mehboob Pasha quickly approached Brucepet police, informed them about the incident, and the officers promptly alerted the police personnel on duty. The accused were apprehended within the city limits while they were attempting to flee.

All the accused were residents of Ballari city, the police are investigating the case.