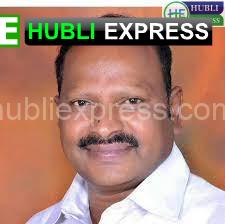 Hubballi: Former MLA and senior BJP leader Veerabhadrappa Halaharvi clarified that he is still with the BJP and will continue to stay in the party, The former MLA from Hubballi-Dharwad (East) Assembly constituency clarified following news reports that he met former CM HD Kumaraswamy and was planning to join the regional party.

Halaharvi told hubliexpress.com that he is a dedicated member of the party but has no idea where these rumours originated. “I am a grass-roots worker; I have devoted my life to the party; the thought of leaving this party has not yet come to mind.” “I am a loyal worker of the party,” he said, adding that the party would give him a ticket to contest the upcoming Assembly election.

Clarifying news reports doing rounds that he was planning to join JD(S) and met its party leader and former CM HD Kumaraswamy recently, Halaharavi said that this is false news, ” I did not meet Kumaraswamy, why should I meet him? If I switch the party, I will announce it publicly; there is nothing to hide. “I request that people not believe hearsay and request that media publish authenticated news.”

According to BJP workers, the party should announce candidates for assembly seats where it lacks MLAs so that BJP candidates can properly prepare for the election.If the candidates are announced at the end, they will have little time to prepare and will have a difficult time reaching out to the public before voting.

Meanwhile, reports are circulating that Ismail Tamatgar has met with Kumaraswamy and plans to join the JD (S). Hubli Express tried to connect with him, but he did not pick up our calls despite repeated attempts.