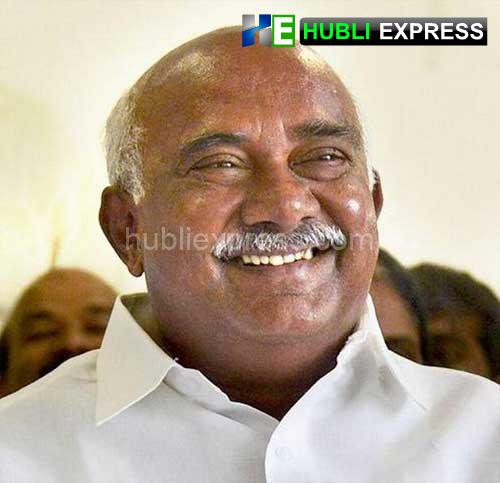 Mysuru: MLC AH Vishwanath has stated that he is still mentally and physically with the BJP and that there is no special meaning for meeting AICC chief Mallikarjun Kharge, Leader of the Opposition Siddaramaiah, and KPCC president DK Shivakumar.

Speaking to reporters in Mysuru on Thursday, Vishwanath wanted to clarify that he never stated that he was quitting the BJP and stated that he is still a BJP member. Recently, BJP MP V Srinivas Prasad from Chamaraj Nagar criticised Vishwanath for meeting with Congress leaders and labelled him a “political wanderer,” to which Vishwanath responded that he himself was a wanderer if the same yardstick was applied to him, as Prasad was in Samstha Congress, later joined Janata Party, then Congress, JD(U), JD(S), and once again Congress and finally BJP. If you look at his political journey, he should be called the “King of political nomads”.

Justifying his visit with the Congress leaders, Vishwanath said he met Siddaramaiah as he was returning home after a brief stay at the hospital, and Khage became AICC president.

In answer to queries, Vishwanath stated that it was because of Prasad that he joined the BJP while still a member of the JD (S). Prasad had compelled him to visit former Chief Minister B.S. Yediyurappa at the apartment of his son B.Y. Vijayendra and pleaded with him to leave the JD(S) and join the BJP in its efforts to make Yediyurappa Chief Minister.

Additionally, the incident is included in the first edition of “Bombay Days,” a book written by Vishwanath on the political events that led to the fall of the JD(S)-Congress coalition government led by the then-chief minister H.D. Kumaraswamy and the elevation of  Yediyurappa as head of the BJP government in 2019.

Vishwanath dodged a volley of questions on his political move, including whether he will be joining Congress again or contesting the upcoming Assembly election.