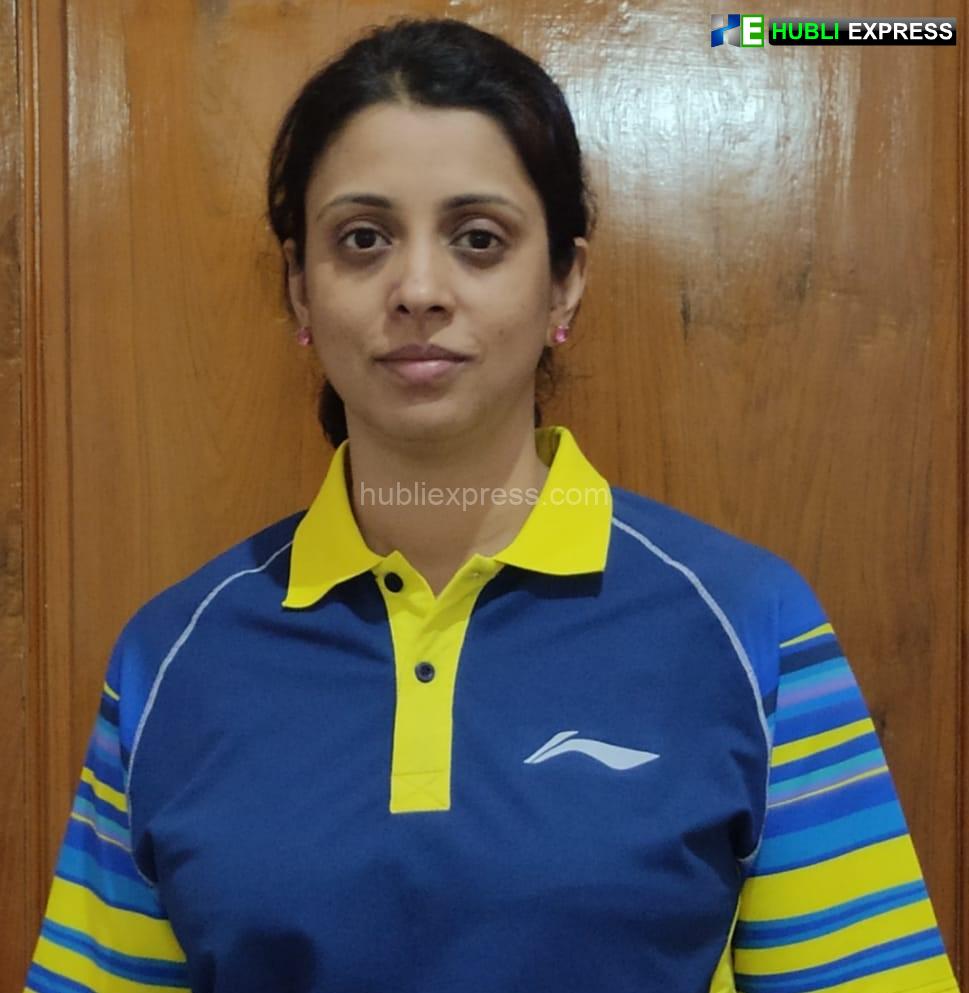 It is a moment of pride for Hubballites, as Dr Shantala Yogi Kampapurmath will be representing India in the upcoming World Senior Badminton Championships to be held at Huelva, Spain from November 28th to December 4.

She will be participating in all three events: women’s singles, women’s doubles, and mixed doubles in the 40+ category. She has been participating in the Indian Masters National Championships since the year 2015-16. She held the 2nd rank in the 35+ category in 3 out of 4 All India Masters Badminton Ranking tournaments held in the year 2019 and bagged second place again in both women’s singles and women’s doubles at the 44th Indian Masters National Badminton Championships, Jaipur 2020. Based on these rankings, she was to play at the Asian Masters Tournament that was to be held in Sri Lanka in March 2020, which got cancelled due to the pandemic.

born to the late Subhash and Jyoti Madiman, and wife of Dr K Yogi Datta, a radiologist at NMR Scan and Diagnostic Centre. Dr Shantala is a postgraduate in Physiotherapy from Rajiv Gandhi University of Health Sciences in Bengaluru, specialising in musculoskeletal and sports injuries.

She did her schooling at the Sacred Heart convent school in Hubballi. She has been an aspiring sportsperson since the age of 10, she represented her school in basketball and athletics throughout her secondary and high school days.

She captained the school’s basketball team, which won the state championships and, from there, went on to represent Karnataka at the School Nationals, which were held in Bengaluru in the year 1993.

She was then selected from Dharwad District to be trained in basketball under the then-District Youth Services and Sports, Karnataka, and trained at Sports Hostel Mysore. She has represented Karnataka State four times at the National Basketball Championships and has played a pivotal role in leading the team to win a bronze medal at the Junior National Championships held in Delhi in the year 1997.

She began playing badminton in PUC and went on to represent and become the University Blue for the Rajiv Gandhi University of Health Sciences in Bengaluru for two years in a row, from 2002 to 2004.

A mother of two school-going children, having two caesarean sections, with a permanent ankle instability that she developed during her basketball days, and balancing work and home has been a roller coaster ride for her, like most of our Indian women. Her knowledge of human biomechanics and locomotion, along with that of sports, has helped to achieve her childhood dream of one day wearing tricolour and representing this great nation of ours.