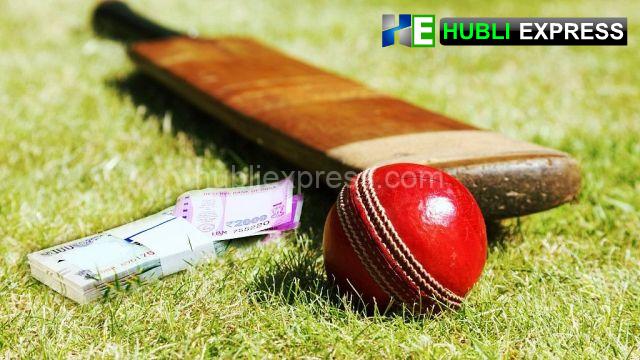 Hubballi: The sleuths attached to the Central Crime Branch and Keshwapur police station arrested a railway employee for allegedly being involved in cricket betting. The police seized Rs 7,200 in cash, a mobile phone, and a few other things from him.
Based on a definite tip-off, CCB Inspector Vishwanath Chougule and his team, Keshwapur PSI Sadashiva Kanatti, and others nabbed him near Gateway Bar on Gadag Road. The police identified the accused as Sadiq Nazeer Ahmad Dafedar, 35, a railway department employee and resident of Makandar Galli, 4th Cross.
He was involved in betting during the T20 match between India and Sri Lanka. The Keshwapur Police have registered a case, and an investigation is going on.