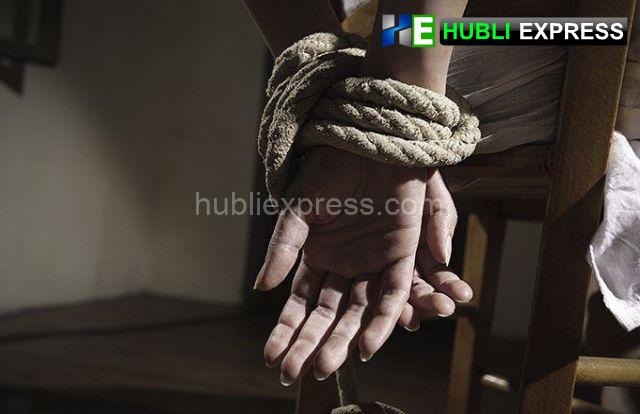 The Hubballi police solved a kidnapping case within hours after they came to know about it. The police have nabbed seven accused and sent them behind bars.

Garib Nawaz Mulla, a Mantur Road resident and engineering student, and Dilwar, a student and one of their friends, are said to have made Rs 11 crore playing an online casino game, according to the police.

They were unable to receive big sums of money won in the online game because they were all students and had student bank accounts. They were depositing a sizable portion of their winnings into the online casino game’s wallet. They needed a current account to transfer the money from the wallet to a bank, so they went to Abdul Karim, who had one.

These guys used to make cash withdrawals, and Karim learned of the large transactions occurring in his current account. Dilwar recently withdrew Rs 50 lakh and returned to his hometown of Talikote.

Karim devised a plan to kidnap Garib after learning that a transaction for Rs 50 lakh had been made in his current account and that the money might be with Garib. As per the plan, he called Garib to the Gokul Road area near Decathlon, where Karim and six other people promptly abducted him. After the kidnapping, the accused began to roam the city and demanded a ransom of Rs 50 lakh from Garib’s parents in order to free him.

By that time, Garib’s brother lodged a complaint with the police, and the police nabbed the accused within hours near Kittur.

The kidnap happened on August 6 evening and the police solved, the case around 3 am on August 7. The arrested have been identified as Mohammed Arif, Imran, Abdul Karim, Hussein Sab, Imran Madarali, Tousif, and Mohammed Razaq.