Hubballi: The leader of the opposition in the Hubballi-Dharwad Municipal Corporation (HDMC), Dooraj Mannikuntal, offered non-vegetarian meals to the guests, invitees, party workers, and his supporters during his office opening ceremony at the HDMC central office building on Tuesday.

The meat dishes were prepared on the HDMC premises and served there. The invitees were offered mutton biryani, chicken biryani, and kebabs.

Speaking to www.hubliexpress.com, Leader of the Opposition Dooraj Mannikuntal said that he was surprised to see that his well-wishers had prepared a non-vegetarian dish and that he was not aware of that. He said vegans were also served a vegetarian meal. He stated that there was nothing wrong with preparing and serving non-vegetarian food on such occasions. There were no restrictions or rules prohibiting the serving of non-vegetarian food. He charged that the BJP is trying to create controversy on this issue.

Dooraj also stated that there have been instances of nonvegetarian food being served during general body meetings’ lunch hours and that BJP members should speak knowing the history. They should concentrate on delivering good governance instead of worrying about these pointless things.

www.hubliexpress.com spoke with HDMC Commissioner Dr. Gopalkrishna, who said he was aware that non-vegetarian food was served during the Leader of the Opposition’s office inauguration ceremony and that he would comment once he knew what had happened.

Mayor Iresh Anchatgeri said he was invited to attend the inauguration ceremony of the office but left soon after the programme, and he does not know what was prepared for the lunch. He said preparing non-vegetarian food is not good, and it is a bad precedent the LOP has set. The Commissioner has to look into this matter.

www.hubliexpress.com spoke to former mayor Dr. Pandurang Patil, who termed this incident “unfortunate.” Of course, there are no rules or guidelines for preparing and serving non-vegetarian meals at the HDMC, but you simply can’t cook and serve it claiming that there are no rules. 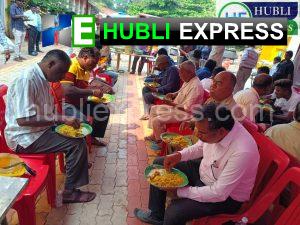 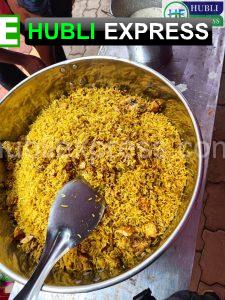 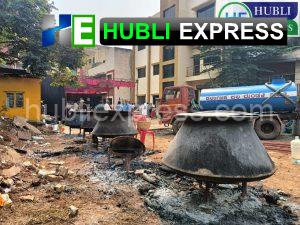