Hubballi: Hundreds of people, including students, bent and twisted their bodies into various poses during the Yogathon event organised in the city on Sunday.

In the district, the event was organised at six locations; in Hubballi, it was organised at the Railway Sports Ground, in which more than 5,000 students from various schools, colleges, and yoga enthusiasts participated.

The state government has arranged a simultaneous yoga programme in 31 districts across 35 sites. The government intends to attract around 10 lakh yoga enthusiasts in order to shatter the world record. The event has been organised to gather people from all across the state who are interested in learning about health and fitness together. 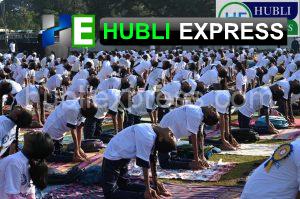 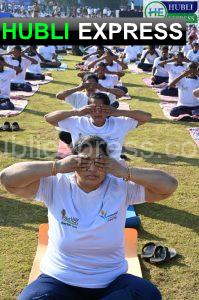 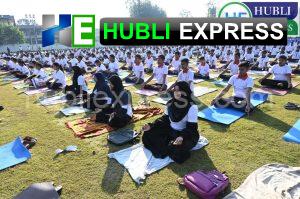