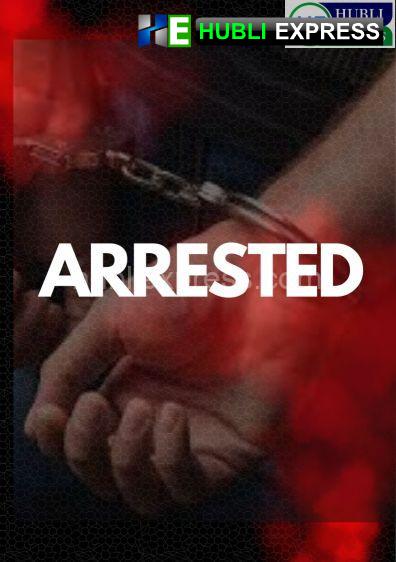 Hubballi: The Gokul Road Police have arrested an accused who has been absconding for 10 years.

According to the police, Suraj Uday Bijwad, alias Bagade, of Gangadhar Nagar, 4th Cross, near Balavanna Chowk in the Settlement, was arrested under Section 96 (B) of the KP Act and was not attending court. The police team, led by Inspector JM Kalimirchi, arrested the accused. Police personnel SM Gaddi and Hanumanth Alur arrested the accused and produced him before the judge, said the police.