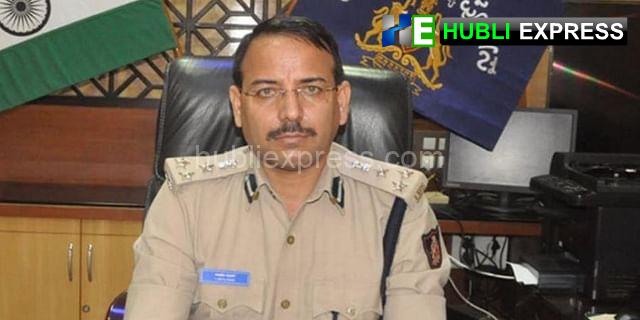 Hubballi: The Hubballi-Dharwad Police has made elaborate security arrangements in view of the New Year celebrations. All Hubballi Dharwad Police Commissionerate officers will be on patrol after 9 p.m., and seven additional KSRP and 10CRP platoons have been deployed throughout the city.

The twin city police have been stationed at various locations to take harsh action against those who are driving under the influence of alcohol.

Strict action would be taken against those found driving vehicles rashly and negligently, triple riding, and wheeling. Police have been deployed on the BRTS corridor, Tender SURE Road, Keshwapur Road, the Bypass, and Gokul Road, and these roads have been barricaded to prevent vehicle riders from driving recklessly, said Police Commissioner Labhu Ram.

He said that police would be equipped with alcometers to check the drivers of vehicles for driving under the influence of alcohol. The vehicles would be seized, and strict action as per law would be taken, he said.