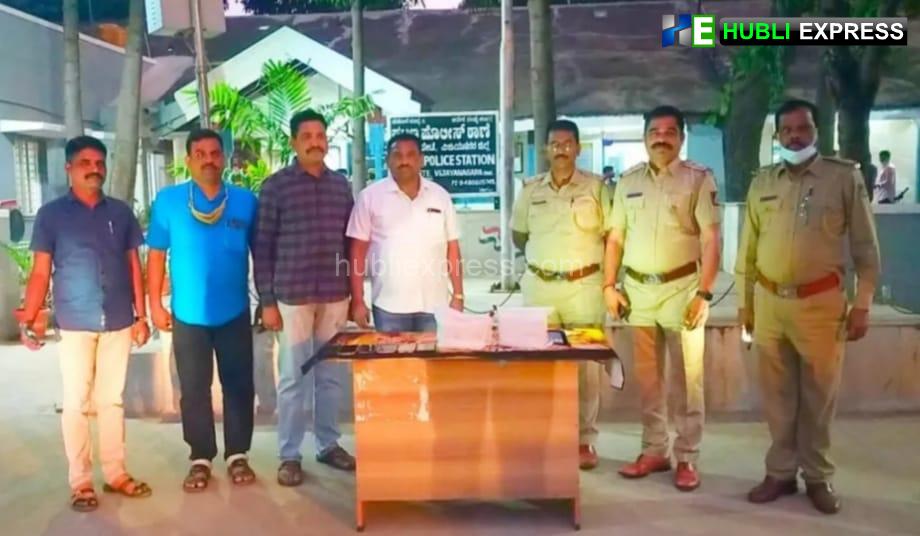 On Wednesday night, the Hospete police seized whale vomit (ambergris) weighing about one and a half kg worth Rs 1.5 crore from a duo who was allegedly trying to sell it in the city. The duo arrest led to the arrest of four members who are members of the same group.

The accused Venkatesh and Wahab were apprehended near SVK Bus station in the city by the police when they were trying to sell the ambergris wrapped in a paper packed in a box. During the interrogation, the duo named four others involved in the crime.

This is the first time Hospete police have recovered whale vomit. According to the police, one kilogramme of ambergris, often known as whale vomit, is worth Rs. one crore in the international market.

Ambergris, sometimes known as grey amber, is also known as floating gold. It is a solid, waxy material that sperm whales generate and excrete. The faeces are used to make perfume. It is utilised in the production of musk scents.

It is also stated that whale faeces is used in several traditional remedies.