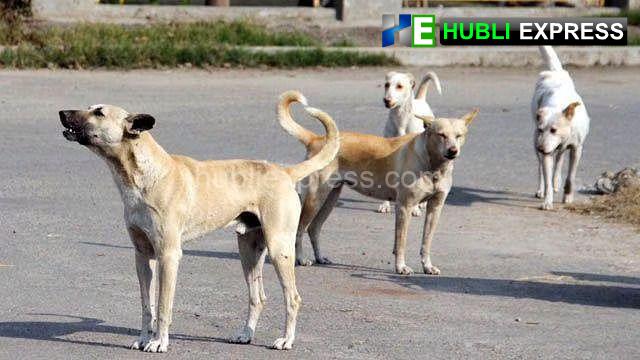 The Hubballi Dharwad Municipal Corporation has finally found an implementable solution to the street dog menace. Many city councillors were facing severe criticism from the public as HDMC was not able to stop the dog menace.

Corporator Radhabai Safare said a few policemen from Kasabapet suffered dog bites while they were on night rounds. Another corporator said a baby died due to a dog bite in his area.

In many areas, especially in Old Hubballi, the street dogs are turning into a nightmare for the public.

Accidents caused by stray dogs are on the rise.

Abid, a resident of Ghodke Plot in old Hubballi, says he witnessed many accidents involving stray dogs. Recently, a man suffered injuries to his knees and ribs as the dogs quarrelling among themselves came in front of an Activa moped. In another incident, a biker hit a baby to avoid a chasing dog, he said.

The issue of stray dogs came to the fore in the general body meeting of the HDMC on Thursday, and members discussed the issue at length and breadth. Suvarna Kallakuntla, a Congress corporator, said that she and other members of the Health Standing Committee had gone to Hyderabad, where they visited a facility called Dog Zone. The stray dogs of the city shifted and they would remain confined to that facility. The canines would be fed, veterinarians would perform sterilisation on female dogs, and it was one of the best solutions to the stray dog menace, she said.

Hearing all the grievances, Mayor Iresh Anchatgeri formed a committee to study the model. Suvarna Kallakuntla is one of the members of the committee. The team is likely to visit Hyderabad once again, and this time, HDMC will be able to solve the problem, said members.

As of now, HDMC, under its Animal Birth Control programme, sterilising female animals and leaves back the animal to their habitat after the operation. Despite this, the population of dogs is increasing.