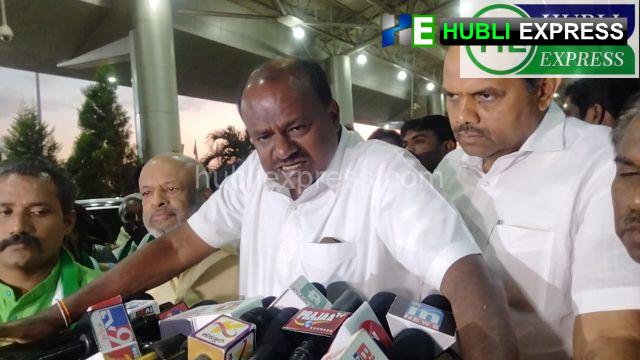 Hubballi: Former chief minister HD Kumaraswamy has said that his party would fight the upcoming election without any alliance.

Speaking to reporters on Friday evening at Hubballi airport, the former CM said that the party is getting a good response from the public to its Pancharatna Yatre. The Yatre would begin in Bidar on January 3, and in February it would be launched in the Kalyan Karnataka region, he said.

As he is busy with the Pancharatna Yatra, and the dates for this programme have already been fixed, he decided not to take part in the winter session of the legislature. He said that former minister Gali Janardhan Reddy was not in his contact and they had not spoken so far on any issue. Kumaraswamy also claimed that Telangana Chief Minister K Chandrashekhar Rao was assisting him in securing votes in Karnataka and Telangana border areas.