Haveri: Speeding car veers off the road, runs over two kids playing on farmland, and comes to a stop after colliding with a tree. 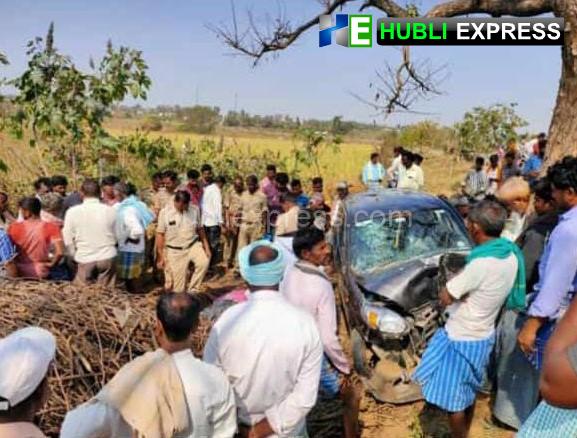 Haveri: On Tuesday, another bizarre event occurred in the Haveri district. A fast automobile drove off the road and into a farm field, killing two children who were playing in the field. The car came to a halt only after colliding with a tree, and the driver was killed in the collision. Two other passengers in the car were injured.

This bizarre or odd accident occurred in the village of Suttakoti in the Hirekerur taluk.

Yashodha Ashok Valmiki, 10, her sister Shalini, 9, and the driver of the car, Jaiprakash K R, 56, were all killed.

According to the police, the girls and their parents went to their field. While their parents worked in the field, both girls were having fun at the farmland bund. A fast-moving car slammed into them both. It later collided with a tree.

Jaiprakash K R, 56, a private school headmaster who was driving the car, died on the spot, and two people in the car were injured and taken to Ranebennur hospital.

According to the police, Jaiprakash was on his way to his hometown in Sorab taluk. A police report has been filed at the Haunsbhavi police station.