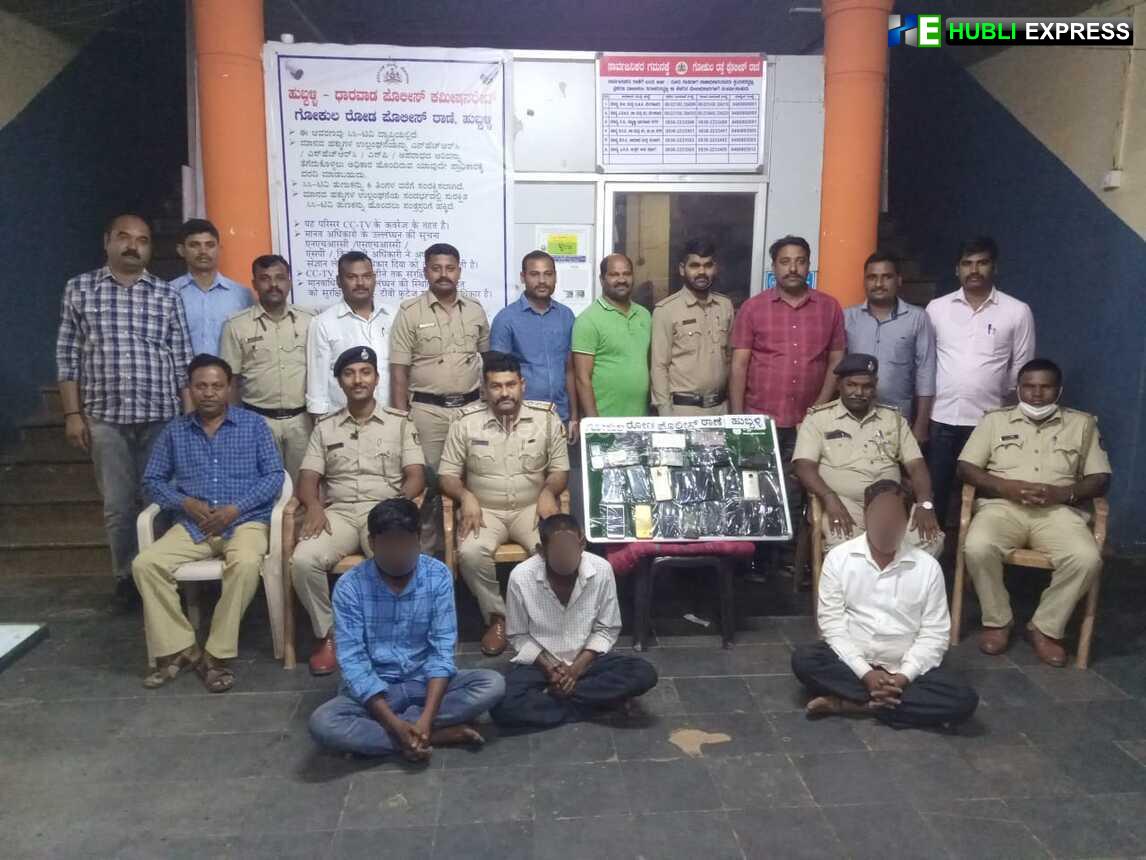 Hubballi: Three members of a notorious gang of thieves who used to steal mobile phones in public places including bus stops, railway stations, marketplaces, and weekly shandies have been apprehended by the Gokul Road police. The cops recovered 24 mobile phones valued at Rs. 6 lakh from them.

The accused was apprehended by a police team led by Gokul Road police inspector JM Kalimirchi. An autorickshaw used in the crime was recovered by police.

Kalimirchi stated that they still need to apprehend five members of the gang as well as the vehicles used in the crimes. According to the inspector, they stole mobile phones at Kalaburgi, Yaragatti, Gokak, Belagavi, Mysuru, Ballari, MK Hubballi, and other places in Karnataka.

He stated that their modus operandi was to steal mobile phones from persons who kept them in the pockets of their shirts. The inspector also told us that they stole purses, vanity bags, and wallets in crowded places.