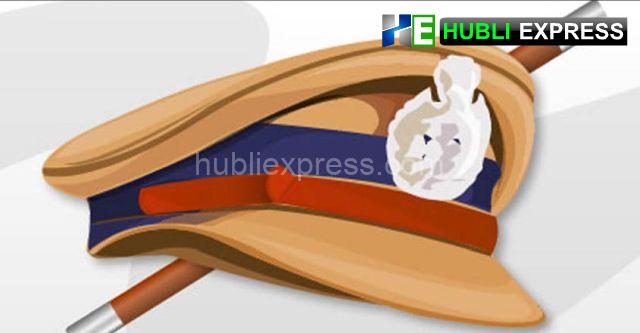 GADAG: Recent stabbing incidents in Gadag city prompted the police to take stern action against rowdy elements in order to maintain peace and tranquillity in the city and instil confidence among residents of the twin cities.

The police said that they have initiated action against 99 Goondas under CrPC 107. Aside from that, the police have apprehended two suspects who were walking around with punches in their pockets.The police nabbed them when they were trying to execute a crime.

The police said that they nabbed Umesh, alias Kumadi Kavalur, 29, and Vinod, alias Dumma Vinya Chavan, both residents of Gadag near Veerashaiva Liberary on December 8 while they were moving suspiciously. The duo is currently under judicial custody, according to the police.

On the same day, the police nabbed two MOBs, Vasanth Arikeri, 37, and Manju Valmiki, 28; they were also sent to judicial custody.

They also conducted raids on the houses of history sheeters on December 9, and during the raid, they initiated action against 10 people under Section 107 and Sections 110 (E) and (G) of the CrPC.

The police also said that they will submit a report to the government for the deportation of Shivaraj Hapanur, Sadiq Allolli, Younis Shirahatti, and Alwin Sakri in connection with a crime registered at the town police station in Gadag.

Superintendent of Police Shiva Prakash Devaraju has urged the public to inform the police immediately if they notice anything unusual or if history sheeters roam in their locality in a suspicious manner.