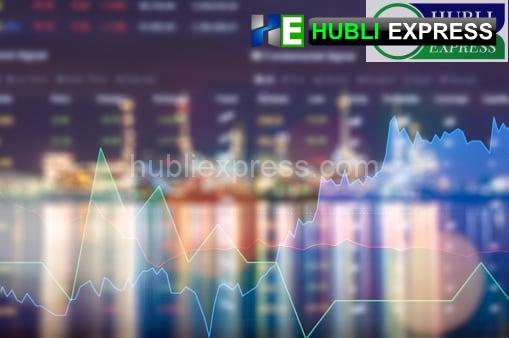 We’re all curious about the future of drones and how they could impact our lives and businesses.

The sector offers a great opportunity to make money in this fast growing market and the returns can be life changing.

No wonder there’s a lot of buzz in the media about drone stocks and a potential multibagger opportunity.

The question is whether it is worth it to invest in drone stocks or not?

Good stocks are like good wine, they get better with age. And there’s a reason why drone stocks command attention now.

The world’s biggest tech companies are racing to develop and improve their drone products, which means profitability and potential returns may come sooner rather than later.

This clearly indicates that the drone sector in India is set to grow rapidly over the next few years.

Let’s take a look at companies involved in the drone sector in India which can spearhead this revolution.

Please note, multibagger returns for the companies may be tough to achieve given the valuations and size. But these are surely the top contenders.

The company’s foray into the drone segment (and EV segment) has to be the reason why it came into limelight in 2021 after years of existence.

RattanIndia Enterprises initially made an investment in US-based Matternet, the world’s most extensive urban drone logistics platform. At the time of investment, it announced the formation of an Indian subsidiary to kickstart the drone business in India.

The company makes ‘Defender’ drones which is an anti-drone system. Defender is an AI-enabled system and an ideal solution for mitigating the risks that Indian armed forces face today.

As soon as Q4 of this financial year, RattanIndia will start drone deliveries.

In May this year, RattanIndia through Neosky, acquired 60% stake in drone company Throttle Aerospace Systems. The acquisition was aimed at providing NeoSky full 360 degree drone solutions to customers.

Now, if you dig a little deeper and check the company’s financials, you’ll find that it had no sales to report until the second half of financial 2020-21. Moreover, at the end of September 2021, the company had Rs 150 m of net debt, up from none a year ago.

What got investors excited was its drone business. With the new ‘Drone Rules, 2021’ bringing India at par with international standards, the drone manufacturing sector is expected to achieve turnover of Rs 150 bn in the next three years.

Despite being devoid of revenues and profits, the company’s foray into new age tech has helped keep it insulated from negative sentiment.

Going forward, the company is expecting to make the most of the benefits offered by Indian government through the production linked incentive (PLI) scheme for drones.

Second on the list is Hindustan Aeronautics (HAL), an Indian state-owned aerospace and defence company headquartered in Bengaluru, India.

The company is currently developing an artificial intelligence (AI)-driven advanced drone for strategic missions in high-altitude areas including along the frontiers with China.

HAL will conduct a maiden test-flying of the drone by the middle of next year and plans to produce 60 such platforms in the first phase of the project. The company is also working on two separate drone projects with the Defence Research and Development Organisation (DRDO).

This apart, HAL is looking to produce the Israeli Heron TP drones in collaboration with its manufacturer.

What makes HAL a top contender in this list is the fact that the top brass at HAL doesn’t seem too worried about the competition from the private sector.

The company recorded its highest ever revenue of over Rs 240 bn for the financial year ended on 31 March 2022. It paid a dividend of Rs 10.05 bn to the government for in the last financial year.

The company is currently leading some of the most strategic projects in the aerospace and defence sector in India.

As with most public-sector units, the growth of defence PSUs depends on the growth in order book and execution of the same. Hindustan Aeronautics has suffered with capacity constraints in the past.

It is India’s largest defence PSU in terms of production value. But execution has been an issue. It had restricted revenue growth despite a bulging order book all these years.

But all this changed in 2022 when defence stocks started their uptrend.

With a strong order book and several other projects on the anvil, it appears there are nothing but blue skies ahead for this defence monopoly stock. A Navratna defence PSU, the company is the dominant supplier of radar, communication and electronic warfare equipment to the Indian armed forces.

In 2021, Bharat Electronics first announced that it is eyeing a piece of the pie from the drone sector.

The Indian Navy had also sealed a contract with BEL for the supply of the first indigenously developed Naval Anti Drone System (NADS).

That apart, the company also manufactures drones which are ideally suited for applications that require more endurance.

The tethered drone is a 9-kg unmanned drone that can loiter in a fixed position above airfields and army bases, providing 360-degree surveillance capability.

With a collaborating with the DRDO under development, BEL has made its mark in the space with a unique offering.

BEL has been able to maintain and slightly improve its operating margins consistently over the years. As a result, bottom-line has grown at a much faster rate than the top-line. It has also managed to grow at a steady pace without taking any debt on its books.

Given the company’s execution track record, it’s set to benefit from the government’s rising expenditure on the defence sector.

It launched this subsidiary back in 2019. Paras Defence via its subsidiary, has tied up with a few unmanned aerial vehicle (UAV) manufacturers in Israel, Latvia, & Italy.

Israel has been producing drones since 1980 for various applications and has a strong expertise. So this partnership helps the company access state of the art solutions.

In fiscal 2021, Paras Defence entered into a partnership with High Lander, which provides end-to-end solutions for the management of autonomous drone fleets.

This year in September, the company entered into an exclusive teaming agreement with ELDIS Pardubice of Czech Republic to provide turnkey anti-drone systems for civilian airports in India.

Already a beneficiary of the PLI scheme, Paras Aerospace has been shortlisted by MoCA in the category of drone component manufacturers among others.

The company is eligible to receive incentives from the MoCA as per the terms and conditions stipulated under the PLI scheme for drones.

What makes the company a top contender in this list is its diversified profile of products and decent financial position. Going forward, the drone manufacturing segment will be a major growth driver for Paras Defence.

Companies are competing to procure drone orders from the Indian Armed Forces. They are also exploring options for exports.

Not just that. Several Indian companies have entered the evolving drone market by acquiring stake in drone startups.

Right now, drones are utilised more in the military. Their unmanned flight capabilities are something most military services look for. So naturally, these drones are in high demand.

Likewise, recreational drones are also becoming more popular as we speak. Soon, they’ll be as popular as the military and industrial ones.

As an investor, you need to make sure that the drone companies you invest in are generating consistent revenues.

Remember, the drone industry is a diverse market. There are different companies targeting different niches within the market.

So check which drone companies are generating steady and growing revenues from the drone segment for the past few years. Check their latest financial updates to see if their future prospect is still promising.

Disclaimer: This article is for information purposes only. It is not a stock recommendation and should not be treated as such.

This article is syndicated from Equitymaster.com.

“Charge Those Involved With Murder”: Man Who Lost 7 Of Family In Bridge Collapse