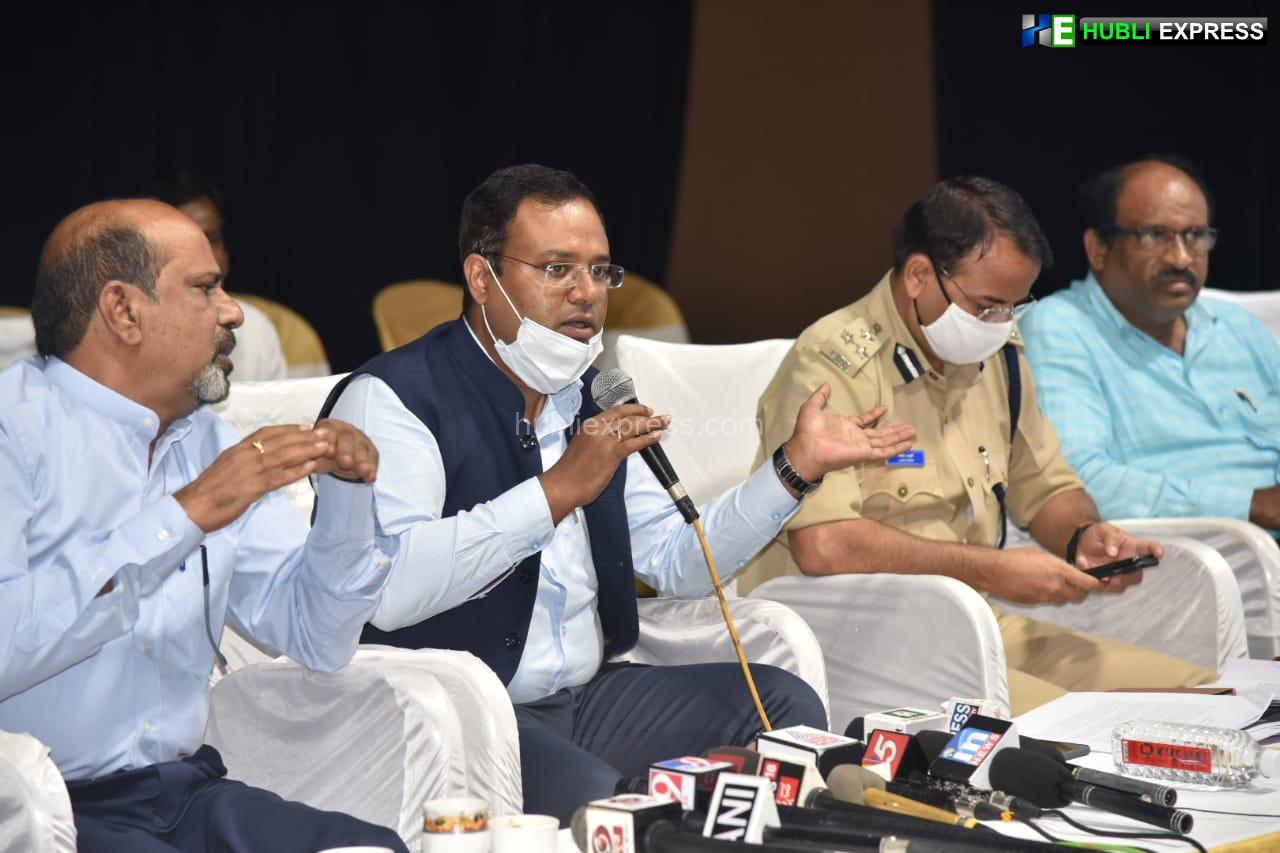 Hubballi: The expert committee which suggested recommendations following concerns over the proposed elevated corridor at the Rani Chennamma Circle has recommended the relocation of three BRTS stations; one located in front of the Old Bus Stand, one in front of HDMC, and the last one located near Hosur Circle.

The Hosur junction bus stop should be relocated, to allow the introduction of a combined intermediate arm at the center instead of divided elevated lane arms, the committee recommended. It is further recommended to end the exclusive BRTS corridor at Mahila Vidyapeetha BRTS bus stop instead of Hosur Bus Stop.

The committee recommended this following an objection that the existing width of the carriageway was not good enough for mixed traffic movement (because of the existing dedicated BRTS corridor and bus stop) and that the service road width along the solid ramp proposed in the scope was significantly less for public transport at-grade just along the ramp.

The traffic would be blocked due to the reduced width of the service road if a vehicle breaks down while plying along the solid ramp, the objection received by the committee states.

Furthermore, it is recommended to relocate the BRTS bus stop to a location in front of the IT Park.

The committee recommended the relocation of the BRTS bus station located in front of the Old Bus Stand, following an objection that the bus station is located in the close vicinity of the Chennamma Circle, where the congestion of vehicles and pedestrians is already significant, and the addition of piers would further congest the traffic.

The committee suggested making provision for an exclusive BRTS terminal in the old bus stand (which is under redevelopment) under the Smart City Project.  Relocation of the bus station would make a wider carriageway available for the service road that addresses the congestion.

Relocation of the BRTS station at the HDMC office