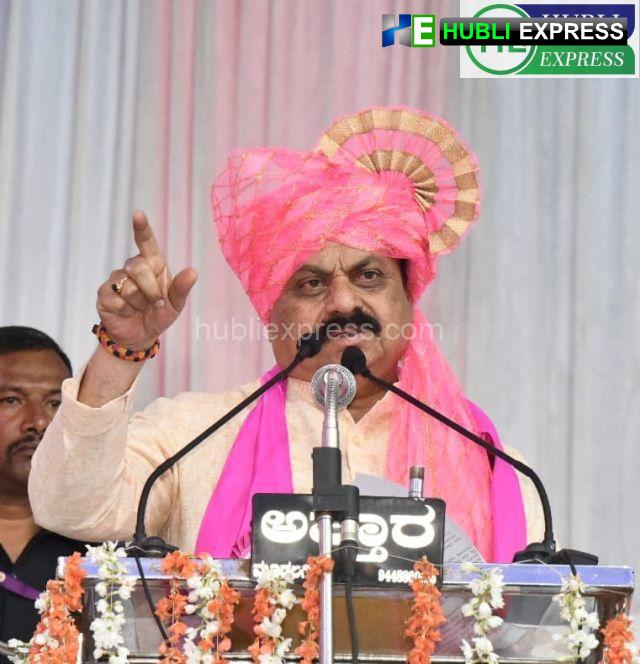 Mandya, Dec. 30:
The Ethanol unit will be established at My sugar factory in Mandya next year and it will be converted in such a way that it must benefit farmers, said Chief Minister Basavaraj Bommai.

Speaking at the inauguration of Mega Dairy at Gejjalagere organised by Mandya District Milk Producers Union on Friday, he said there has been a white revolution through milk production and dairy development in the State. Karnataka has made a significant contribution to the milk revolution. Farmers are working day and night and women are playing an important role in milk production.

The CM said dairying will play a vital role in comprehensive farming because of which a lot of attention has been given. During the b.s.Yediyurappa government, the practice of giving an incentive to farmers was started and now Rs 5 per liter is paid to farmers. Despite several challenges in the sector still, it is surging ahead. The Gejjalagere plant can process one lakh liters of milk.

He said at a time when the life of farmers was uncertain Prime Minister Narendra Modi separated the Ministry of Cooperation from the Ministry of Agriculture to bring certainty to their lives. Now the Ministry of Cooperation has gained strength and is all set for a revolution. Efforts are made to bring a lot of reforms in this field. Former PM, H.D.Deve Gowda started the first mega-dairy in Bengaluru and it cannot be forgotten. It started in Bengaluru and now it is being established everywhere. The mega-dairy independently does milk production, processing, packing, and manufacturing of other products. The Milk Unions of Karnataka are contributing a lot to the PM’s dream of ‘Atma Nirbhar’.

Bommai said Mandya district is an agriculture-dependent district and is also known as a land of sugar and paddy but it still needs irrigation facilities and industries. The My Sugar factory has been started in the government sector for the benefit of farmers. Programs are being worked out for tail-end farmers of the Visvesvaraiah irrigation Canal and they will be approved within a week.