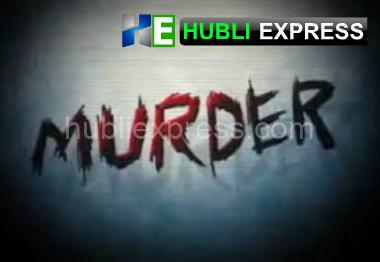 Davangere: An aged husband and wife were brutally murdered at their residence in Elebetur village in Davangere rural police station limit. Police suspect that the incident might have happened on Monday late at night, came to light on Tuesday morning.

The deceased have been identified as Gurusiddayya, 82, and Sarojamma, 70. Sources said that after the marriage of their three daughters, the couple was living alone in their residence as they did not have a son.

The police said that the murder came to light on Tuesday morning after neighbours saw no activity in their house in the morning; they found that the couple was lying on the floor. They immediately alerted the police and their three daughters.

The police found that the couple was lying in a pool of blood their throats were slit open and the miscreants searched for valuables after the crime. The police said that there were no signs of a break-in, and suspected that the murderers could be known persons to them.

A team of dog squad members, fingerprint experts, and forensic science experts visited the spot. The exact timing of the murder would come to light after the postmortem of the bodies, the police said and added that the murder might have taken place between Monday night and Tuesday early morning.

Superintendent of Police CB Rishyanth and other officials visited the spot. Davangere Rural Police have registered a case in this regard.