HomeHubballi / DharwadDelay in swearing ceremony of HDMC members: Congress warns of launching a...

Delay in swearing ceremony of HDMC members: Congress warns of launching a protest on January 7 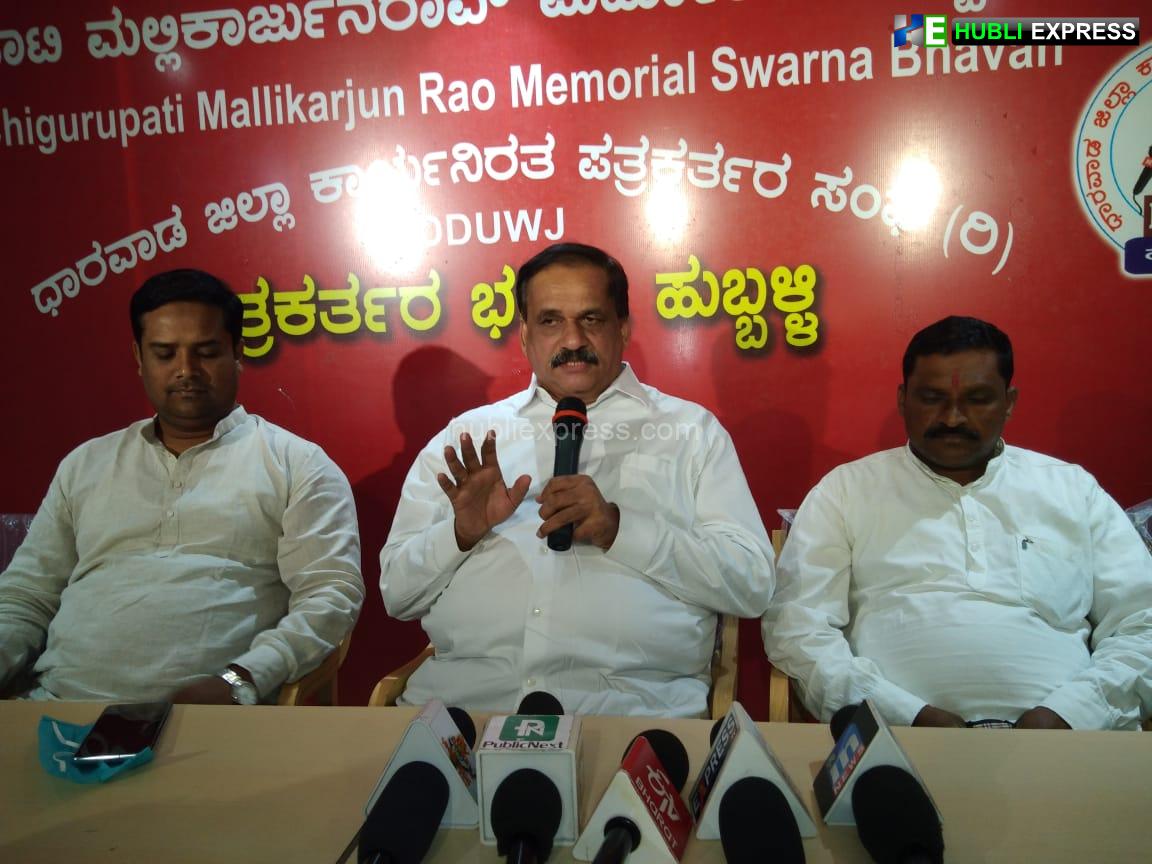 Hubballi: The Congress party has warned that they would hit the streets on January 7 if the government fails to hold a swearing ceremony for the Hubballi-Dharwad Municipal Corporation members.

It has been three months since the elections to the HDMC council were concluded and all the 82 ward corporators have yet to be formally sworn in.

Addressing presspersons here on Friday, AICC member Deepak Chinchore, Corporators Imran Yaligar, and Shankar Hosamani alleged that the government is unnecessarily making delays in handing over power to the corporators. Elections to the corporation were held after 24 months and it has been more than three months after the elections but new corporators have yet to take the oath of office. Chinchore asserted that the HDMC has been operating without an elected body for the past three years.

Chinchore alleged that the BJP government is least bothered about the HDMC and that the government doesn’t want to hand over power to the elected representatives. He suspected HDMC Commissioner Suresh Itnal’s role in the delay in holding mayoral polls and the swearing-in ceremony of the members.

Itnal wants to run a solo show at the HDMC and doesn’t want an elected body in the corporation. He suspected that before his transfer, the formation of an elected body was highly unlikely, said Chinchore.

Speaking on the occasion, Corporator Imran Yaligar stated that it has become difficult to implement development projects in the ward because officials are not listening to their words. “We are still corporators-elect, so the officials don’t take our words seriously. We met HDMC Commissioner Itnal several times, but we have been getting assurances. Whatever may be the situation, the government should think about forming an elected body at the HDMC at the earliest, “he said.

Yaligar and Chinchore both warned that Congress would hit the street on January 7 if the swearing-in ceremony was not held before this date. Both leaders warned, “We will be forced to launch a fierce form of protest in this regard.”