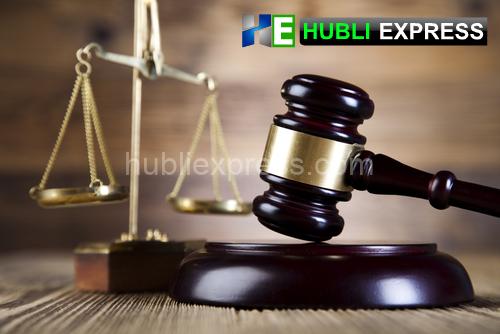 Dharwad: The principal JMFC court in Dharwad has rejected the plea of social activist SR Hiremath, who requested the court to exonerate him in the defamation case filed by Union Minister Pralhad Joshi, and the court ordered to hear the case after listening to arguments from both the sides, said advocate Arun Joshi.

Joshi who is arguing for the union minister in the court said that in 2015, Union Minister Pralhad Joshi had filed a defamation case against SR Hiremath for levelling a baseless allegation against Union Minister Joshi that he (Joshi) had grabbed Karnataka Gymkhana ground illegally and termed him a corrupt politician in the runup to the previous Lok Sabha election.

Hiremath claimed Joshi had seized this land through his influence and that the ground was closed to the public. Joshi had filed a defamation case against him, stating that his allegations were baseless and his sole intention was to tarnish his image. After examining all the press statements and witnesses provided by the union minister, the principle JMFC registered a criminal case against SR Hiremath, said the advocate.

Later, SR Hiremath got bail, and he filed an application in the Karnataka High Court Dharwad Bench to dismiss this case. The court rejected the petition and later he filed another application in the principal JMFC seeking to exonerate him as he had made a statement in the public interest in good faith.

Advocate Arun Joshi said he had argued that Hiremath’s sole intention was to defame Joshi by making false allegations against him, hence the case should continue in the court. The court listened to the argument from both sides and rejected the application of Hiremath and ordered to continue the case, said advocate Joshi.