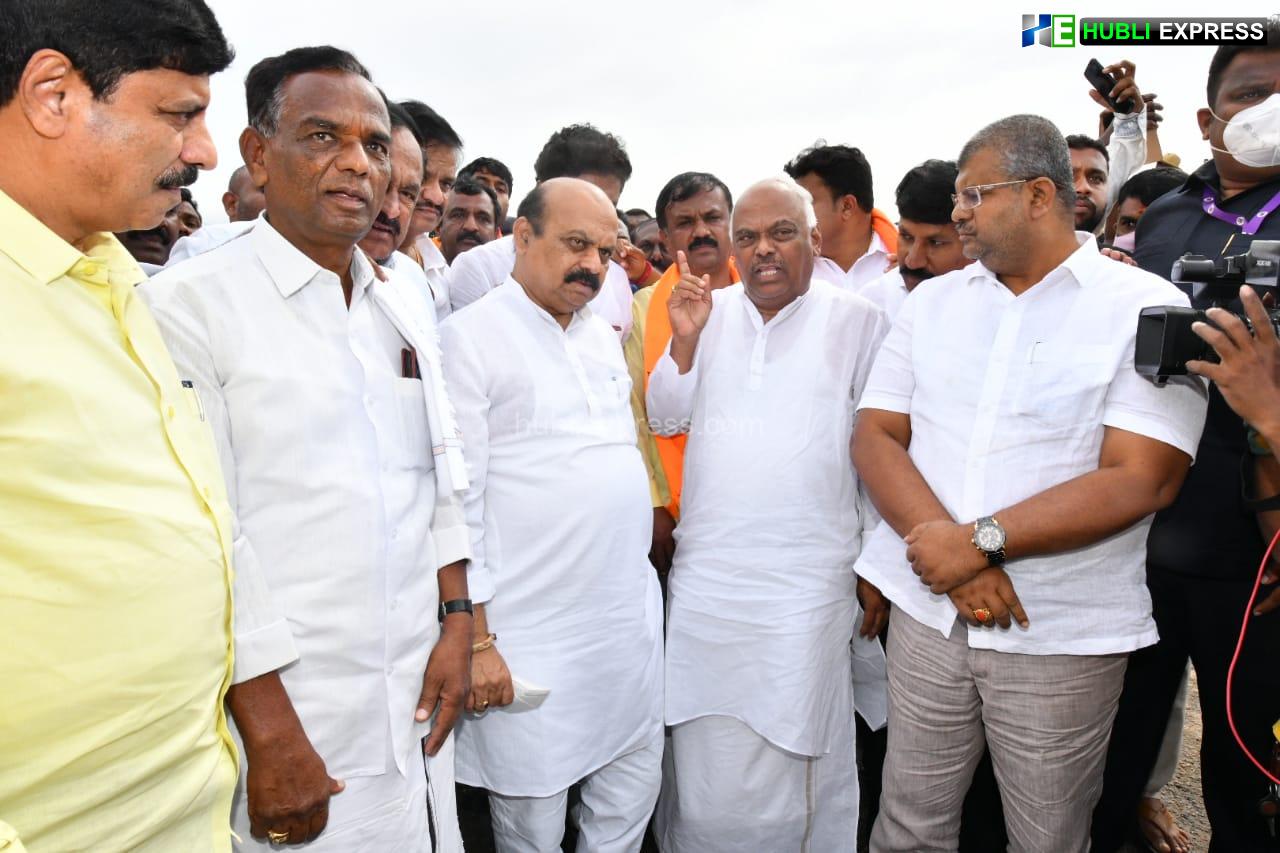 KOLAR: Incessant rains have caused huge losses to standing crops in the state. GPS-based survey of the destruction is on and the details were being uploaded to Relief App. Officials had been instructed to transfer the compensation amount to affected farmers’ accounts immediately after accessing the details, Chief Minister Basavaraj Bommai said speaking to media persons during his visit to rain-affected areas of the Kolar district on Monday.

Starting from Narasapura, the Chief Minister extensively toured the Kolar district and said, “I have seen extensive damage to Ragi, vegetables, horticulture, and floriculture crops. Floodwaters from Mudavadi irrigation tank has cut-off road connectivity in the area, About 790 houses have been completely or extensively damaged. Agri Crops in 48,333 hectares and horticulture crops in 6966 hectares have been affected, 189km length of roads and 34 bridges have been damaged according to preliminary reports,” Bommai said.

There was no crunch of funds for relief operations as Rs684 cr was available in DCs’ PD accounts in the state. A sum of Rs5 lakh would be paid as compensation for completely damaged houses and Rs3 lakh for partially damaged houses in three installments. DCs had been instructed to disburse the first instalment of Rs1 lakh immediately, Bommai said.

Rs500cr for the repair of roads and bridges

The state government had released Rs500cr for the repair of damaged roads and bridges. Schools and Anganvadis too had suffered damages and their repair would be taken up through the NDRF fund, he said.

Kolar and Chikkaballapur districts have many large and minor irrigation tanks, the Chief Minister noted and assured funds for their repair and maintenance. “Officials have been instructed to clear the encroachments on these tanks. Conduct survey of tanks, put up fencing around them to preserve them,” Bommai said.