Hubballi: Congress party on Saturday took out a mega ‘Freedom March’ in the city to commemorate 75 years of independence, with hundreds of people, students, and volunteers participating in the event holding Tiranga.

It was one of the biggest rallies the Congress party has conducted in recent times. Around 5,000 people, including Congress leaders, marched from Mahila Vidyapeetha to Dr BR Ambedkar Circle, hailing the motherland. The intention of the march was to create awareness about social harmony and spread the message of unity in diversity and remember the freedom fighters and their sacrifice.

The march was organised by the Vidyanagar Block and Unkal Block, presidents of these blocks, Rajat Ullagaddimath and Sharif Garagad, led the march.

The entire stretch of the march was chock-a-block with Congress workers, and the march caused traffic jams in the areas where it passed through. National flags were placed all across the way as people walked from Mahila Vidyapeetha to Dr Ambedkar Circle. 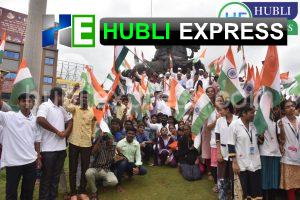 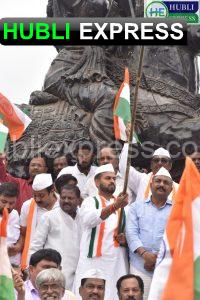 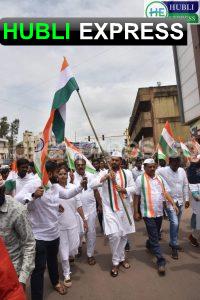 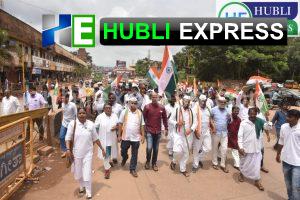 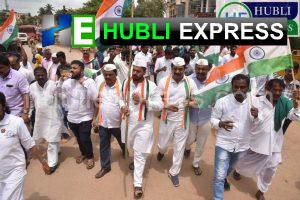 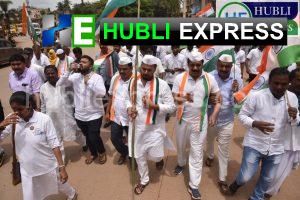 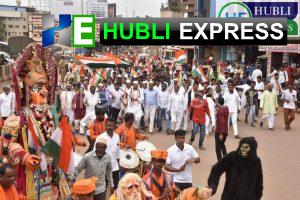