Hubballi: Members of the Congress party conducted a bicycle jatha (rally) in Hubballi city on Wednesday to protest the rise in fuel prices and other essential commodities, as well as the union and state governments’ anti-people policies.

The Hubballi-Dharwad City district Congress unit organised the jatha in response to a call from the Karnataka Pradesh Congress Committee (KPCC).

Anil Kumar Patil and Altaf Halwoor, both leaders of the Congress, launched a scathing attack on the Union government, blaming their poor economic policies for the rise in fuel prices, which has led to a rise in the prices of other essential commodities.

Both leaders claimed that Prime Minister Narendra Modi promised Achhe Din when he came to office, but that the people are now suffering from Bure Din. They demanded the government to immediately slash the fuel prices which is rising continuously or they would face the consequences in the future.

The jatha began at Ambedkar Circle and ended in front of the Mahatma Gandhi statue in front of KIMS, according to Vidyanagar Block Congress president Rajat Ullagaddimath. According to him, the jatha spanned a distance of about five kilometres. 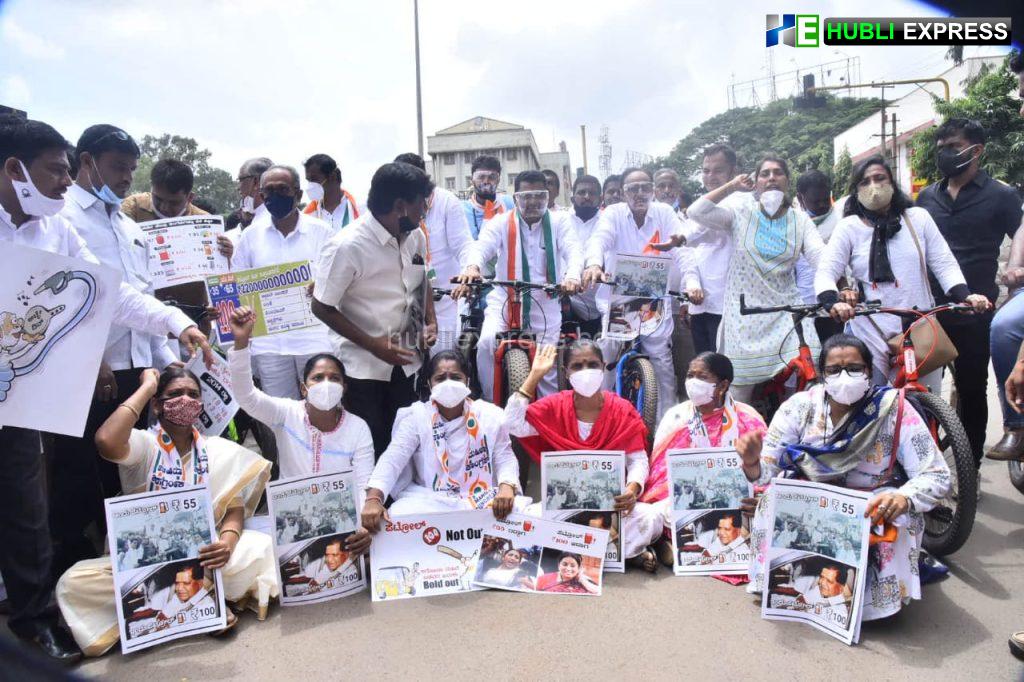