Congress is known for betraying the people: CM Bommai 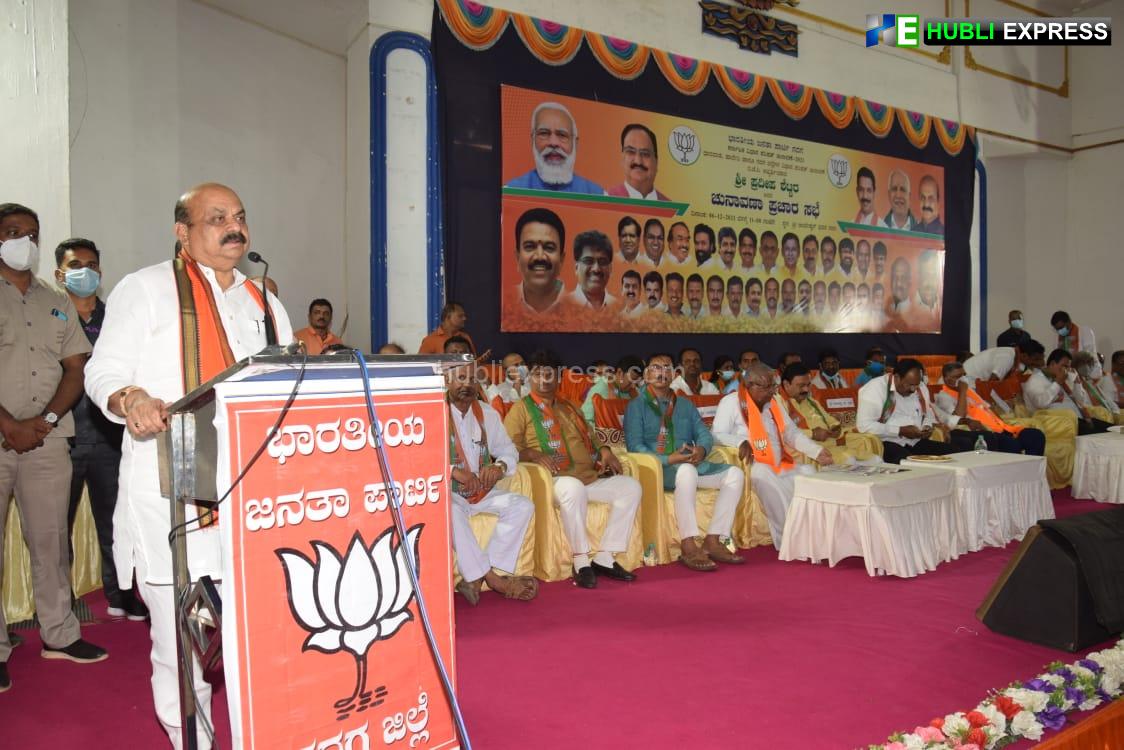 Gadag: Having ‘Hand’ as its symbol, Congress is known for betraying the people, Chief Minister Basavaraj Bommai said.

Ridiculing the grand old party as an outfit-making tall promises and poor in delivery, Bommai, addressing a BJP poll campaign meeting in Gadag reminded, “The previous Congress government had announced 7kg rice per head and within a few days reduced it to 4kg. In fact, only 4kg was distributed for 3 years of their five-year tenure. Again with just one year for the election, it was raised to 7kg. The story is the same about its promise to distribute houses for the poor. People will show them their place in this Legislative Council election,” he said.

Building castles in the air

Referring to the former Chief Minister’s allegation that the BJP government had not distributed even a single house, Bommai said that the senior Congress leader is misleading the people. “Congress leaders built castles in the air by promising to build 15 lakh homes three months before the previous election without making any financial allocation. But the BJP government has not only provided the funds but even started work on the construction. I have approved the construction of 5 lakh houses. I have instructed the officials to ensure that they are completed well before the end of my term,” Bommai said.

The Chief Minister also listed many welfare programs launched by his government. “There is a healthy competition among various departments in taking up development works in rural areas. About 7500 Sthree Shakti Sanghas have been provided a grant of Rs1 lakh each. About 75000 youth have been enrolled for various skill development programs to enable them to get jobs or be self-employed, Bommai said.