Yadgir: The Congress Party is responsible for PSI recruitment scandal in the State, said Chief Minister Basavaraj Bommai.
Speaking after inaugurating Jan Sankalp Yatra at Hunasagi village in Yadgir district on Wednesday, he said former president of AICC Rahul Gandhi did not know anything about the country and Karnataka, not aware of people’s feelings. The details of all the scams of the Congress regime will be sent to him. Leader of the Opposition in the State Legislative Assembly Siddaramaiah has said Rahul Gandhi was not prime minister. But, they knew well 15 years ago that this boy will not become anything but Congress leaders are after him. Rahul Gandhi will not at all become the PM. The Congress leaders are scared after the state government decided to send details of the Congress scams to their party leader.

“I am talking with evidence to Congress which talks without giving any proof. We are not the saplings in the pots but we are fully grown trees with deep roots in the land of Karnataka. The people of Karnataka don’t believe lies or accusations of the Congress Party. You cannot do anything to the fully grown trees. We are committed to giving clean and good governance to the people of all regions and all sections of society. The Congress ruled the country for seven decades by talking of social justice in speeches. The demand to hike reservation is 50 years old and Congress leaders were not having time to see the condition of SC/ST . The previous coalition government constituted Justice Nagamohan Das Commission but our government showed the commitment to implement this historic decision”.
Committed to develop Kalyana Karnataka
Bommai said the wind of change was sweeping across the State and it would slowly convert into a storm. The Congress Party cannot cheat the people of this region henceforth. The BJP government has not only named this region as Kalyana Karnataka but also committed to convert it into Kalyana Naadu. In state budget 2023-24, Rs 5,000 crore will be earmarked for the development of this region and with this Rs 50 crore to Rs 100 crore will be available for each assembly segment. This is your right and not a favor. Article 371J has not come easily as it involved a relentless fight for three decades. After Telangana became a new state by getting separated from Andhra Pradesh, the then Union Government had to give 371J status to Hyderabad-Karnataka region or else the Congress leaders would not have been allowed to move on the streets. For this reason, Congress leaders claim that they have been responsible for it but the credit must go to all those who fought for it. The region would not witness development had the state government not released sufficient funds, and that work is now done by the BJP Government. 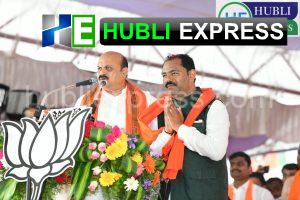 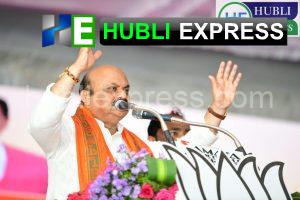 Independent journalism can’t be independent without your support, contribute by clicking below.

Untouchability is still in practice in Gadag’s this village. Tahasildar to convene a meeting

Environmental protection: Are we failing ourselves?

Environmental protection: Are we failing ourselves?

IPS officer, R Dileep who served as the Commissioner of Hubballi-Commissionerate passes away