CM Ibrahim chairs a meeting with his close aides in Hubballi 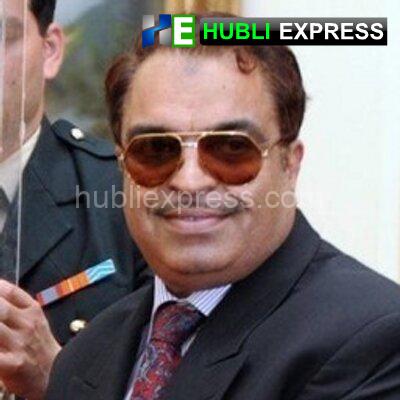 Hubballi: Former union minister and senior Congress leader CM Ibrahim, who is upset following the appointment of former MP B K Hariprasad as the leader of the party in the Legislative Council, Ibrahim was eyeing this post, and recently, during a media briefing, he expressed his displeasure and stated that ‘his relationship with Congress is now a closed chapter.’

On Sunday, Ibrahim was in Hubballi. In a hotel, he had a lengthy meeting with Muslim leaders and with his close associates. Speaking to the media, he stated that he will remain in the party until the end of the upcoming legislative session. “I will not resign from the party tomorrow (February 14), and I will meet with the party’s top leadership. I received an invitation to meet with the party’s leaders in Delhi. After meeting the Delhi leaders once again I chair a meeting with my close aides and make a final decision,” he said.

“As an anti-conversion law is likely to be introduced in the House, if I resign, my opponents would disseminate the rumour that I left the party after accepting money from the BJP. As a result, I chose to stay in the party till this session ended “Ibrahim stated.