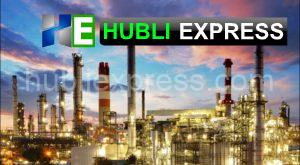 Addressing the officials at the meeting Bommai said, sub-contract and contract periods should not be extended beyond limits. He instructed the drafting of clear rules for the purpose.

The meeting witnessed a discussion about lands allocated for various industries. The Chief Minister wanted to make provision for water usage in industries as energy and steel projects need huge quantities of water.

There are many industries that have not utilised the lands allocated to them 10-20 years ago. We are facing a situation where we are not being able to allocate it to other industries, Bommai said and instructed the officials to submit a report in this regard.

The Chief Minister said that he would convene a separate meeting to look at the functioning of the Karnataka Industrial Areas Development Board.

The projects which were cleared today would supplement the preparations which are on for the Global Investors Meet to be held on November 2 and 3. The Chief Minister provided guidance on ways and means to provide land, water, power, infrastructure, and various concessions for attracting investments. He also dwelt at length about various incentives and concessions to be incorporated in the New Industrial Policy-2025.