By July10, Covid vaccine doses will be available as per the population: Minister Joshi 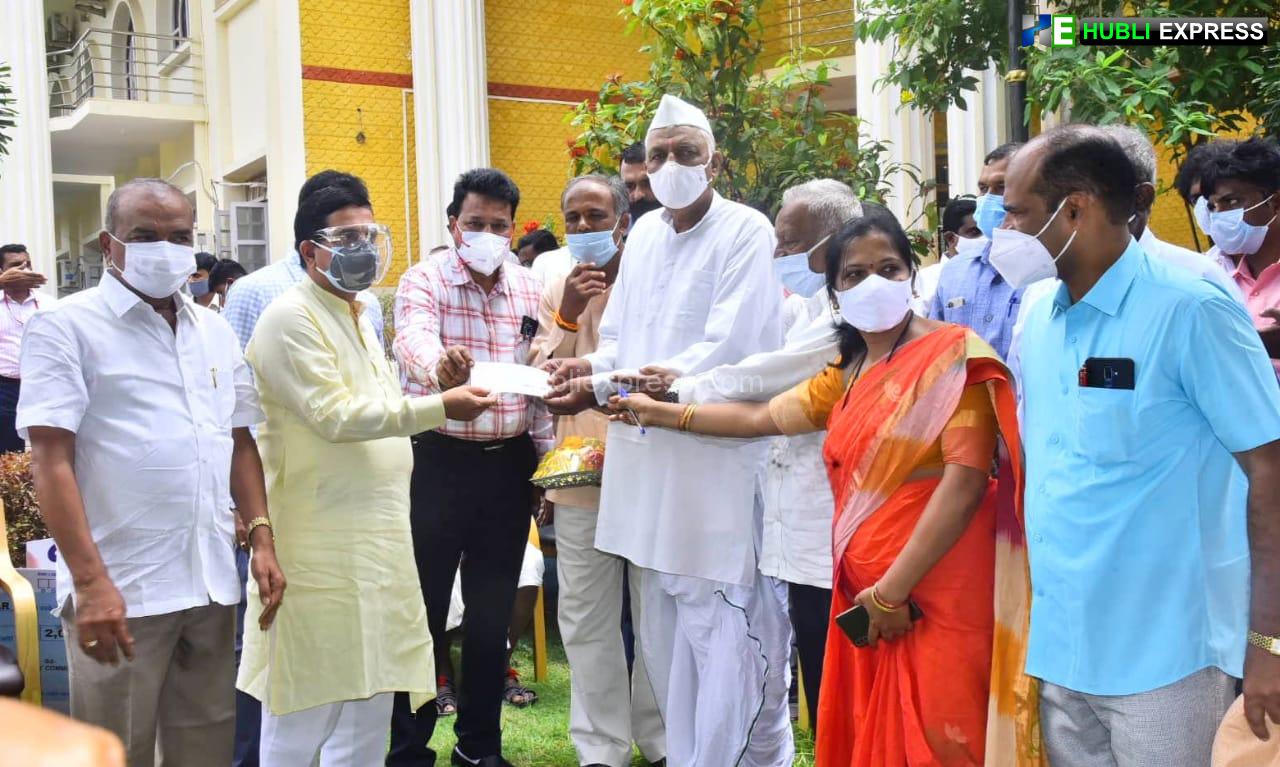 Hubballi: Union Minister for Parliamentary Affairs, Mines and Coal Pralhad Joshi has expressed confidence that the Covid vaccination drive will shift its gear and pick up the pace within a week. By July 10, Covid vaccine doses will be available as per the population.

He was speaking after distributing relief check under PMNRF to eight beneficiaries here on Monday.

He said the vaccination drive would pick up the speed it is just a matter of time. Regarding union cabinet expansion, Joshi said he would definitely support it if the state BJP unit sends a proposal to include in the cabinet from the state.

Commenting on the Chief Minister issue in the Congress party, Joshi said “‘Everyone knows that both Siddaramaiah and DK Shivakumar are not a good friend. They are dreaming that they will form the next government hence their both fractions are giving statements and BJP is not responsible for that. Did we ask their fractions to quarrel?”, asked the union minister.

Joshi said that he was not aware of Ramesh Jarkiholi’s decision of resigning from the MLA post. “I don’t know why the Gokak MLA is meeting former chief minister of Maharashtra Devendra Fadnavis. And Meeting him is not at all wrong,” he said.

He said he would bring the issue of the Kerala Government changing Kannada names of villages in Kerala to the notice of the Union Home Minister and would try to instruct the Kerala government from the minister.

Joshi said that flyover work in Hubballi would begin in another 15-20 days.