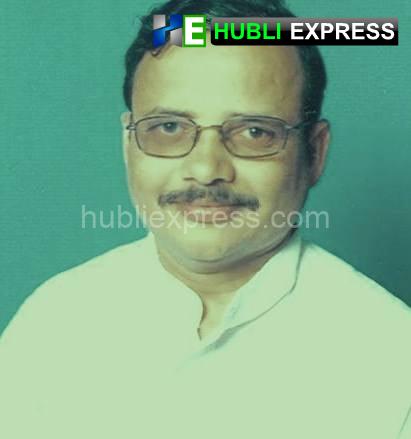 Dharwad: Senior BJP leader Rajendra Gokhale passed away this morning in Pune, said sources. Gokhale, who worked extensively in the Akhil Bharatiya Vidyarthi Parishat, was a key figure in the BJP’s expansion in the state.

When Sushma Swaraj ran for the Ballari MP seat against Sonia Gandhi, Gokhale was named the party’s election chief and he displayed his excellent organizational skills in that election. When former Prime Minister Indira Gandhi announced a national emergency, he spent days in jail condemning it.

He was a contemporary of former union minister Ananthkumar, Achut Lime. His funeral is scheduled for today at 6 p.m. in Dharwad, according to sources. Gokhale has been living in Pune for some time, said sources.

Chief Minister Basavaraj Bommai and Former CM Jagadish Shettar mourned the death of Gokhale. They said Gokhale was active in party-building activities in the state and said that they were saddened to learn about his demise.