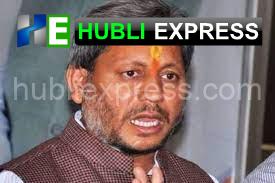 Rawat spoke at a press conference in Dehradun earlier today, amid the hoopla around the leadership shift. Without addressing a formal resignation, the chief minister detailed the government’s actions during the past year.

Earlier in the day, Rawat met with BJP president J P Nadda in Delhi for the second time in a week, fueling speculation that the party may seek a leadership change in the state as the possibility of an assembly by-poll being held by the Election Commission (EC) looms.

Rawat has to be elected as an MLA in the next two months to keep his job, which he got after the BJP leadership ousted Trivendra Singh Rawat.

The BJP has not made any official comments regarding the developments.