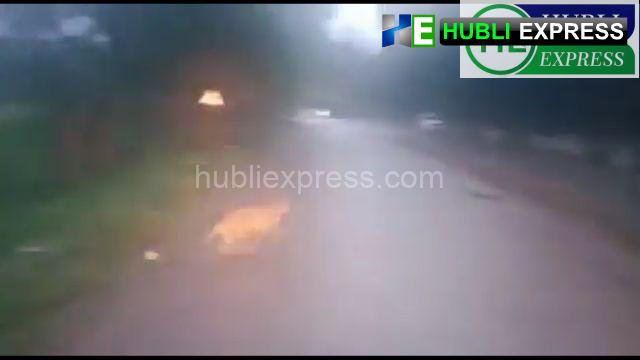 Belagavi: A leopard that had wandered into Belagavi from a nearby forest two weeks ago was spotted crossing the road near CPED grounds this morning. The footage was shot by the driver of a van. Meanwhile, local media reported, citing Deputy Commissioner Nitesh Patil, that trained elephants from Dandeli’s Kulagi forest will be used to capture the leopard.

The forest department and police are working hard to capture the beast, but their attempts have so far been futile.