Before Nadda, Amit Shah and Bommai it is social media miscreants knew the ministers who will the part of the cabinet 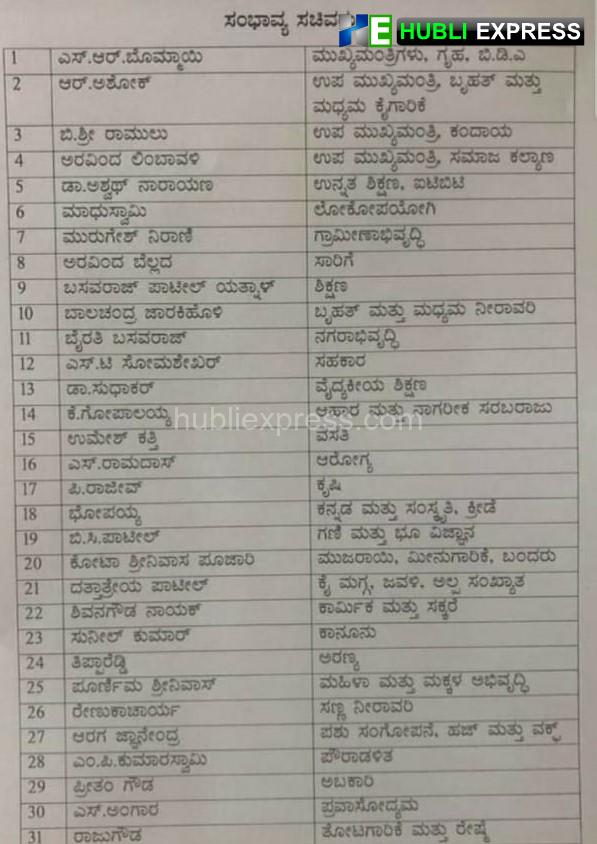 Basavaraj Bommai, the Chief Minister, has stepped up his attempts to establish a new cabinet of ministers, and he is now in Delhi to explore potential candidates. It is the miscreants who are distributing a fictitious list of ministers on social media sites.

Many people are sending it to their loved ones without a second thought. In the age of social media, it’s important to be cautious and double-check the source. Because cabinet formation has become a complicated issue in which no one knows who will be the next ministers, one of the police officials advised against transmitting false information.

According to political specialists, the chief minister and the party’s high command were the ones who finally disclosed it. Until one develops patience, the media takes advantage of the public’s interest by airing programmes that are devoid of content. According to the expert, Chief Minister Basavaraj Bommai’s father, the late SR Bommai, was listed in one of these fake ministers lists, and people are mindlessly sharing it.