Banks of Tunga will be developed like Kashi: CM Bommai

Harihar: Prime Minister Narendra Modi has completely renovated the Kashi Vishwanatha temple. Earlier one had to search for the temple amid congested shops. Now all the Ghats have been cleaned. Temple has got a grand facelift and Ganga Arathi is being performed with great fervor. On the same lines we want Tungabhadra Arathi to be performed in South India, Chief Minister Basavaraj Bommai said.

A project is being implemented in this regard under the guidance of Sri Vachanananda Swamiji. The project includes the development of a walking path from Harihareshwara, cleaning the polluted river waters, and prevention of river pollution in urban areas. The confluence of Lord Hari and Lord Hara would bring wonderful results, Bommai said.

Speaking after laying the foundation stone for the construction of 108 Yoga Mantaps as part of the Tungabhadra Arati project in Harihar, he said, the banks of the Tungabhadra River would be developed with top-class tourist amenities.

Science and technology are two sides of the same coin. We should understand this. Like the principle of atomic science, energy is released during atomic fission. Thousands of times more energy is released during atomic fusion. Harihar is such a huge power center as Lord Hari and Lord Hara are fused together here. The government has drawn up several projects for the comprehensive development of Harihar. They would be launched this year itself. Davangere and Harihar are in the central part of Karnataka. We will give greater priority for their development. Urban Development minister Byrathi Basavaraj who is also the District in-charge minister for Davangere is working proactively for the development of the region, Bommai said. 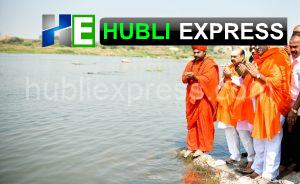 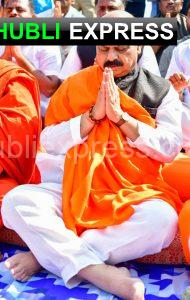 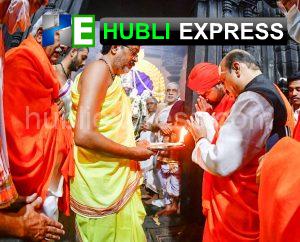 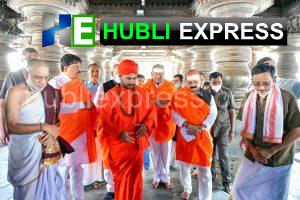