Ballari: Cowl Bazaar police have arrested three accused in a housebreaking theft case and seized 406 grams of gold jewellery valued at Rs 19.09 lakh from them.

The police worked for over 200 days to capture these suspects and eventually arrested them on Tuesday. The cops solved this nearly blind case, which had no leads other than a few blurry CCTV images. The police nabbed the accused using only their policing skills. The accused took away 58 items of gold jewelry weighing 1,244 grams, totaling over Rs 44 lakh. The crime happened in 2021 August.

The accused have been identified as Hospet residents Mohammad Rafiq, 27, Milan, 26, and K Mansur, 25.

Subashchandra, police inspector of Cowl Bazaar station, told Hubli Express that the accused broke into a businessman’s house at Bahaddur Street, opposite Adil Nursery School in Ballari city. The burglars broke the lock on the main door’s iron grill, then broke the interlock and entered the house. The owner of the house had gone to Guntakal to celebrate their daughter’s birthday when the crime occurred.

Inspector Subash Chandra stated that the accused did a similar type of burglary in Hospet in 2016, and we suspected that they might be involved in this case as well. “We did a lot of work before focusing on them, and the fact that they were inactive, this behaviour of the accused added to our suspicions and when we interrogated them they admitted to the crime. So far, we’ve managed to recover 406 grams of gold. The accused had stolen Rs. 40,000 in cash and spent it,” he stated. 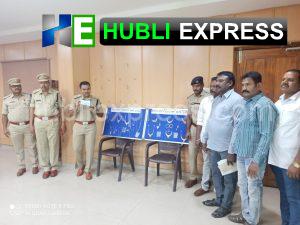 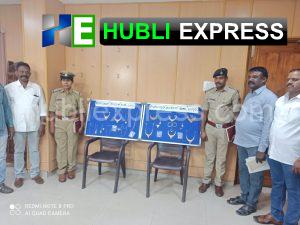 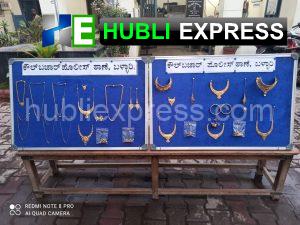