Hubballi: Former mayor and president of the Congress Party, rural district president Anilkumar Patil, celebrated his birthday in a grand manner on Sunday.

The leader turned 60, and his fans and supporters began arriving at his home early in the morning to wish him a happy birthday. Later in the evening, the supporters cut a mammoth cake. They brought a garland of mint leaves and sweet lemons weighing about 100 kilograms. They used an earthmover to garland it for the former mayor.

The entire Karwar Road, where his residence is located, was decked out, and during the celebration, the traffic movement was a bit hampered. Anilkumar Patil is one of the aspirants for the Congress party ticket from the Hubballi-Dharwad Central Assembly constituency. When asked about the grandeur with which the event was celebrated, his supporters said every year they celebrate their leader’s birthday in the same way and it had nothing to do with showing off their strength. 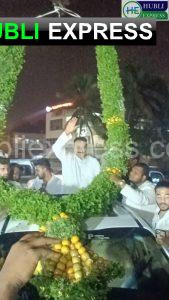 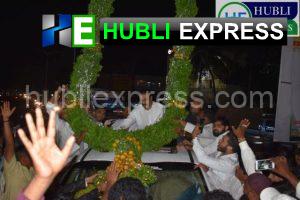 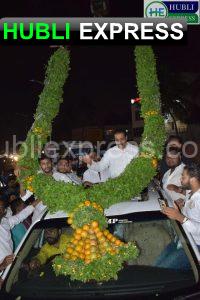