Anand Mahindra shares a funny video, saying Harvard Business School might not have better than this. 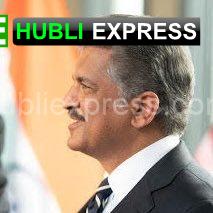 Anand Mahindra, Chairman of the Mahindra Group,  who is active on social media and frequently provides useful posts, videos, or amusing photographs, as well as responds quickly to users on actual issues. Recently, he tweeted a video of two boys riding a bicycle together in the funny way

“Even Harvard Business School would not have a better video to communicate the virtues of collaboration & teamwork!” the business magnate wrote with the video. The video, which was initially published by The Better India, has gone viral.

The video depicts two children riding bicycles on a road while the iconic song ‘Yeh Dosti Hum Nahi Todenge’ from the Bollywood film Sholay plays in the background. But the lads weren’t only riding together; they were also pedaling together, which was assisting the bike in moving forward at a good speed. They were both spotted standing on a pedal, each balancing their weight. Netizens were in splits after watching the video, and they flooded the remarks with smiling emojis.

Even Harvard Business School would not have a better video to communicate the virtues of collaboration & teamwork! pic.twitter.com/ALBRYRCFN0