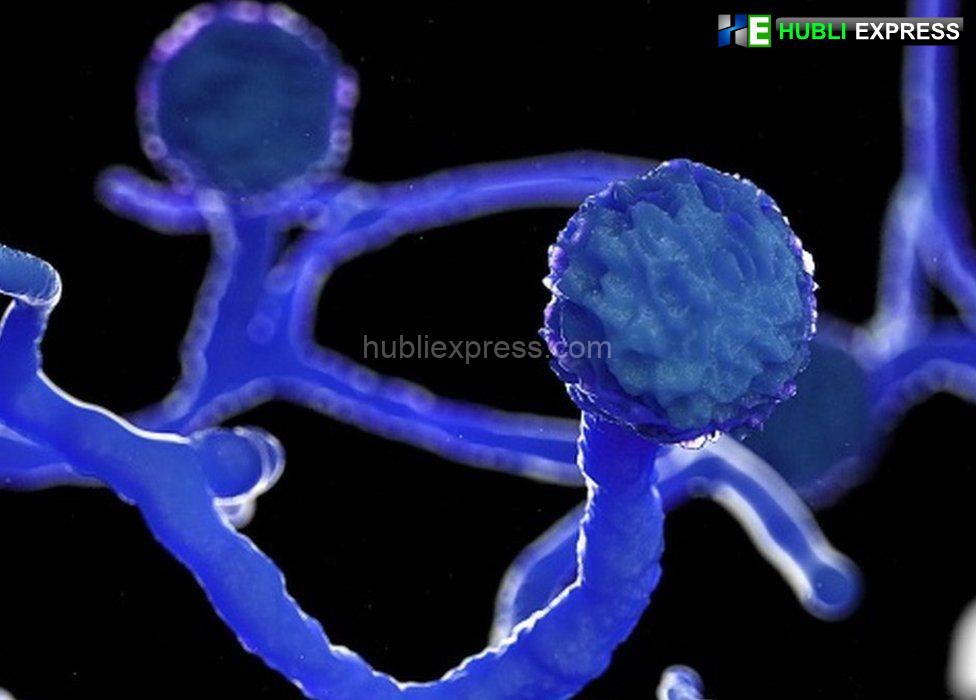 Hubballi: Mucormycosis, commonly known as “black fungus” is rare infection-causing harm to the Covid recovered and affected patients. The health care workers who are burning the midnight oil to flat the curve of Covid infection are now treating the patients affected with this rare infection.

Karnataka Institute of Medical Sciences (KIMS) Hospital which is considered as the lifeline of North Karnataka is now treating around 21 patients affected with mucormycosis, the hospital sources said. The worrying fact is that the cases are likely to go up in the coming days.

Dr. Ravindra Gadag, Professor, and HoD of Ear, Nose, and Throat (ENT) told ‘Hubli Express’ that he operated on two patients affected with mucormycosis on Tuesday. The first patient was detected around 3-4 weeks back, since then the cases are on rise, he said.

Dr. Gadag said that the infection is not contagious; it affects the sinuses, the brain, and the lungs. It affects those individuals who are poorly controlled diabetic and severely immunocompromised.

He said the symptoms include unilateral headache, pain in and around eyes, stuffy and bleeding nose, those who are immunocompromised they have to be careful about these symptoms.

Dr. Arun Kumar C, Medical Superintendent of KIMS told that the hospital as of now treating 21 mucormycosis patients of which 18 were Covid recovered and three are active Covid patients.

Dharwad Deputy Commissioner Nitesh Patil told that it is not a contagious disease, the cases were detected in KIMS and the doctors are treating the patients. No private hospitals in the district have reported mucormycosis cases so far. People need not panic about the disease as it is not contagious.  The administration would extend all the possible support for the treatment of the affected patients, he said.

Hubballi youth drowns in a stream near Kumta