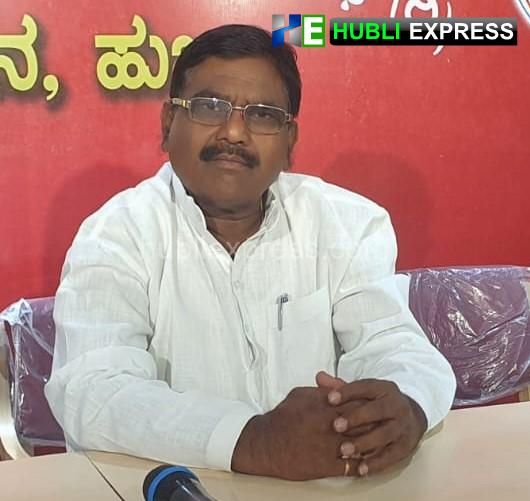 Hubballi-Dharwad City District President of Congress Altaf Hallur on Wednesday warned former mayor and Congress leader Prakash Kyarkatti not to speak against the party leaders and should control his emotions and refrain from making any allegations or comments against party leaders.

He also made allegations against Huballi-Dharwad (East) MLA Prasad Abbayya for not speaking in favour of the minority community despite the community facing a hard time.

Altaf Hallur said that MLAs Hebbalkar and Abbayya are popular leaders and Kyarkatti should not have criticized the popular leaders. It was not good to comment on Rajat Ullagaddimath. Altaf suggested Kyarkatti not speak against party leaders openly and, if he continues to do so, he would not hesitate to take strict action against him.

Kyarkatti decides to remain in the Congress party but alleges Rajat Ullagaddimath was responsible for his defeat.