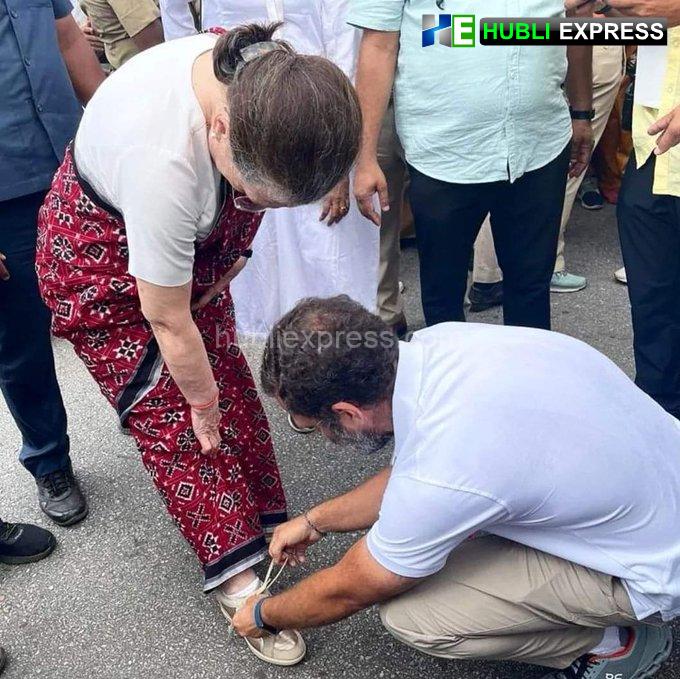 AICC president Sonia Gandhi joined her son Rahul Gandhi’s ‘Bharat Jodo Yatra’ in Mandya district on Thursday, returning to a public event after a long absence due to health concerns.

The Congress president joined the march by walking a short distance, amid a large crowd of slogan-shouting party activists, before getting into a car.

She is expected to speak at a rally in Ballary to energise party ranks in the state, which will elect a new government in a few months. During the walk, Rahul Gandhi was photographed tying his mother’s shoelaces, which he captioned “Ma (mother).”