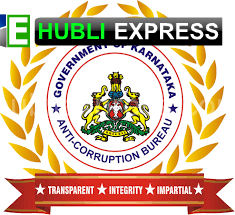 Siddu Mokashi and Vittal Chippalkatti, both of Khanapur police station, have been identified as the accused constables.

According to the ACB, the accused police constables threatened a victim that if he and his companion did not pay them Rs 50,000, they would file a bogus OC gambling case against them. They requested a bribe of Rs 50,000 from the victim at first but eventually settled for Rs 1500.

The accused were apprehended while collecting a bribe of Rs 15,000 from another individual. The accused were nabbed by a team led by ACB Superintendent of Police BS Nemagouda.