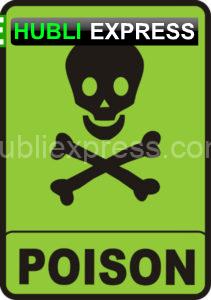 Hubballi: A 45-year-old woman died after inadvertently drinking water from a pesticide-contaminated vessel. The lady fought for her life in the hospital for four days before succumbing to her injuries.

The police gave the name of the deceased as Renavva Yallappa Shidlappanavar, 45. The police said Renavva and her husband were spraying pesticide on the soyabean crop grown on their farmland near Nelagudda village in Kundagol taluk on February 15. Renavva, after working for a few hours on the field, felt thirsty and accidentally drank the water pouring into a vessel that was contaminated with the pesticide. She was rushed to Taluka Hospital in Kundagol for treatment, and later she was shifted to KIMS for advanced treatment, but she succumbed to the injury on Friday, said the police.

The Gudageri police have registered a case and an investigation is going on.