Delhi: Imagine Union Minister for Electronics and Information Technology Ravi Shankar Prasad, tweeted that Twitter had denied him access to his account for about an hour, citing a breach of the United States’ Digital Millennium Copyright Act. 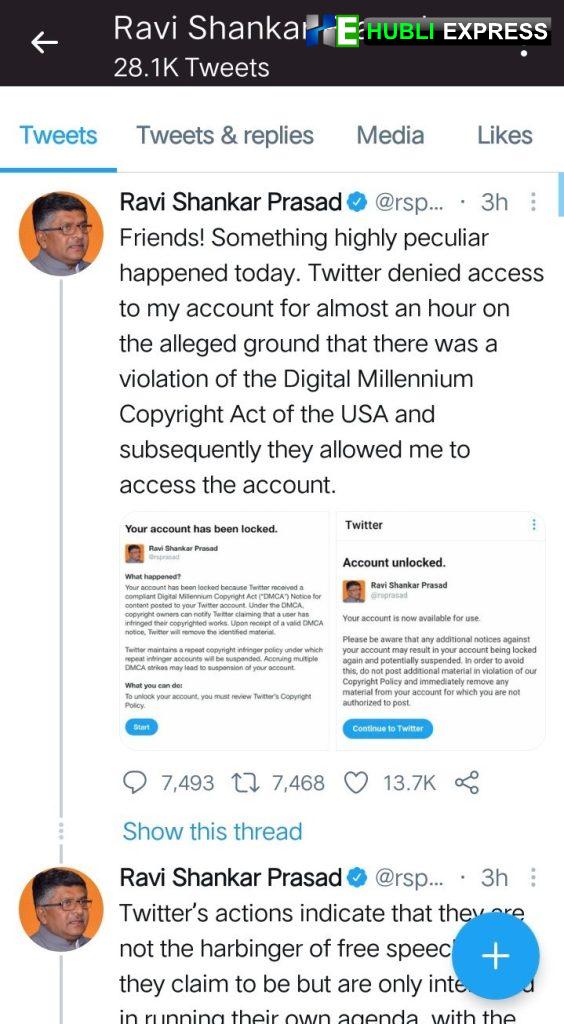 Twitter has suspended Union IT Minister Ravi Shankar Prasad’s personal account for violating copyright regulations. The minister was later informed that the account had been reactivated. The furious minister shared the photos of his account blocked and unblocked on the same media platform